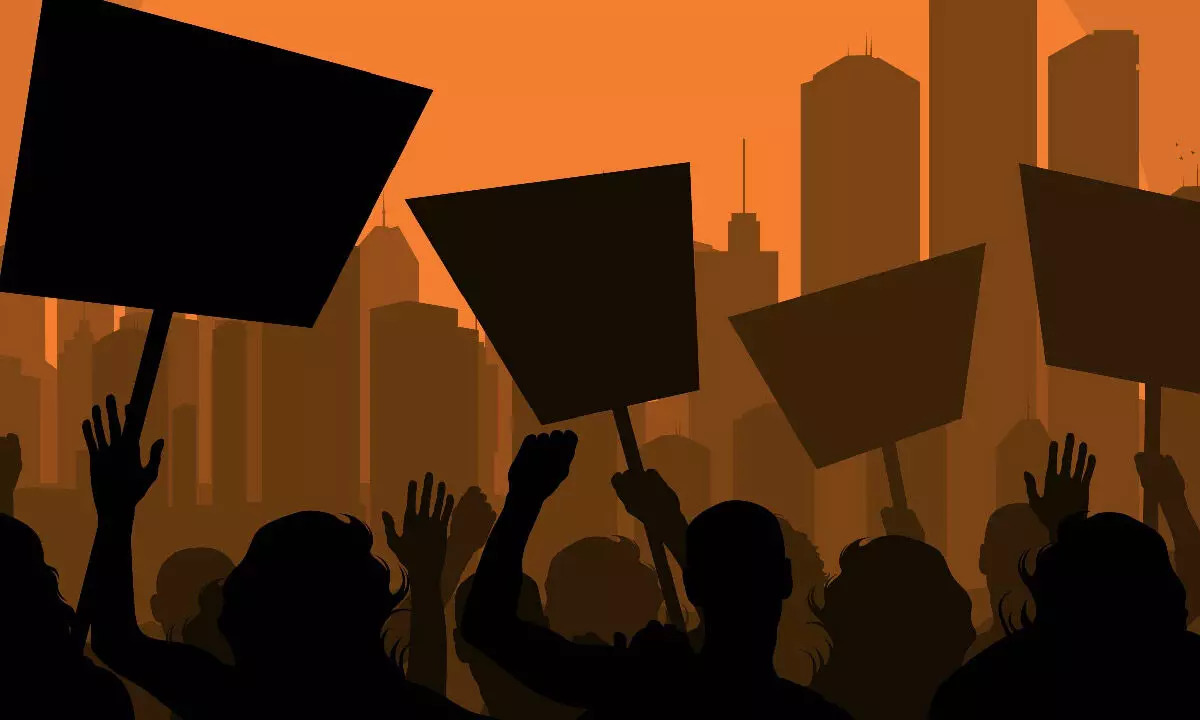 Hundreds of members of the CPIM-affiliated Center of Indian Trade Union yesterday participated in a rally in Tripura capital Agartala to denounce the war in all forms as they recalled the suffering of people across the globe due to the Second World War that started on September 1, 1939.

Former parliamentarians, legislators, intellectuals, artists, writers, poets, social activists, journalists and people, including women and children participated in the protest march that went through the streets of the capital to spread the message of peace and tranquility.

Protesters with placards of anti-war slogans against the horrific war sang songs, recited poems, raised slogans defaming war, and also raised voices against the ongoing invasion between Russia and Ukraine.

World War II had begun in the early hours of September 1, 1939, when the German battleship Schleswig Holstein fired on the Polish fort of Westerplatte, and subsequent the attack on Poland by Adolf Hitler’s Nazi regime led Britain and France to declare war on Germany two days later.

The Second World War was the deadliest and most destructive global conflict in history, claiming the lives of more than 50 million people.

Lasting six years and one day, the Second World War ended with the Japanese surrender on 2 September 1945.