It now remains to be seen how IPFT, who is an ally of the ruling BJP in the state, responds to the offer for alliance. 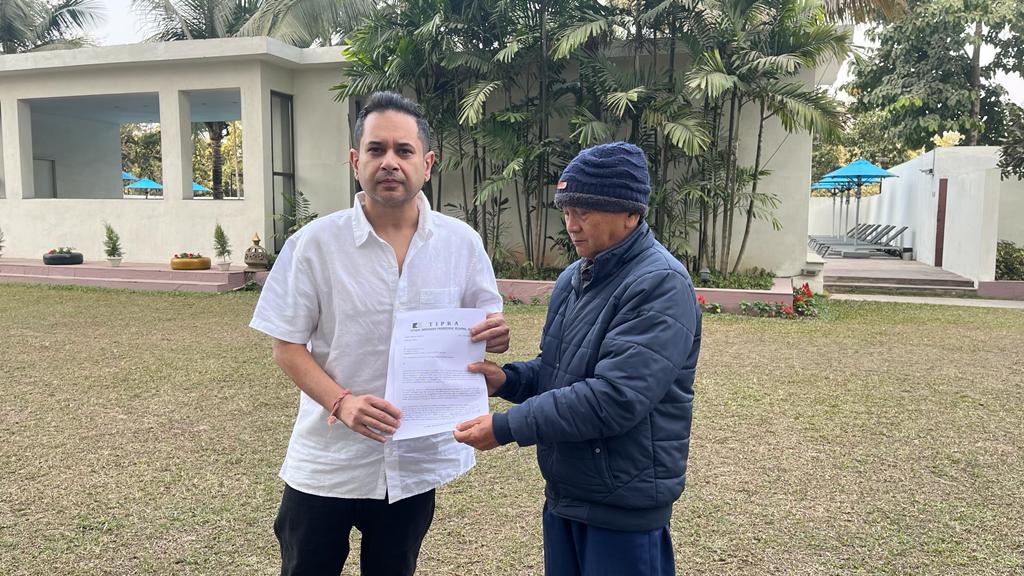 In a big political development ahead of the Tripura assembly elections, TIPRA (Tipraha Indigenous Progressive Regional Alliance) chief Pradyot Kishore Debbarma has officially handed over a letter to IPFT urging them to join hands with TIPRA Motha for the ‘survival and existence’ of the TIprasas. He said that whether it is TIPRA Motha’s fight for ‘Greater Tipraland’ or IPFT’s endeavour for ‘Tipraland’ State, both the parties’ goals are the same therefore, they should ‘unite’ for the cause of the TIprasas.

Pradyot Kishore Debbarma started his letter to IPFT saying that both TIPRA Motha and IPFT have been striving for the survival and existence of the Tiprasas.

He further wrote, “…the IPFT cannot fall apart in uniting together with TIPRA. It is not the future of IPFT or TIPRA but we are dealing with the future of Tiprasas. Let not divisive forces take advantage of folly divisibility leading to our frustration in any form…Therefore I propose to unite IPFT and TIPRA in any form for solving the question of survivability and existence of the Tiprasas with an endeavour of achieving our demand for ‘Tipraland’ State or ‘Greater Tipraland’ State”.

It now remains to be seen how IPFT, who is an ally of the ruling BJP in the state, responds to the offer for alliance.

In a Facebook message on January 8 Pradyot said that TIPRA, IPFT and all other like minded parties can fight the upcoming assembly polls together under a common symbol for the greater cause of the tribals. It needs to be mentioned, Pradyot Kishore had made the big appeal barely a week after IPFT President and senior cabinet minister Narendra Chandra Debbarma’s demise.