Discussions were held on curbing the smuggling of marijuana which is illegally produced in Tripura. 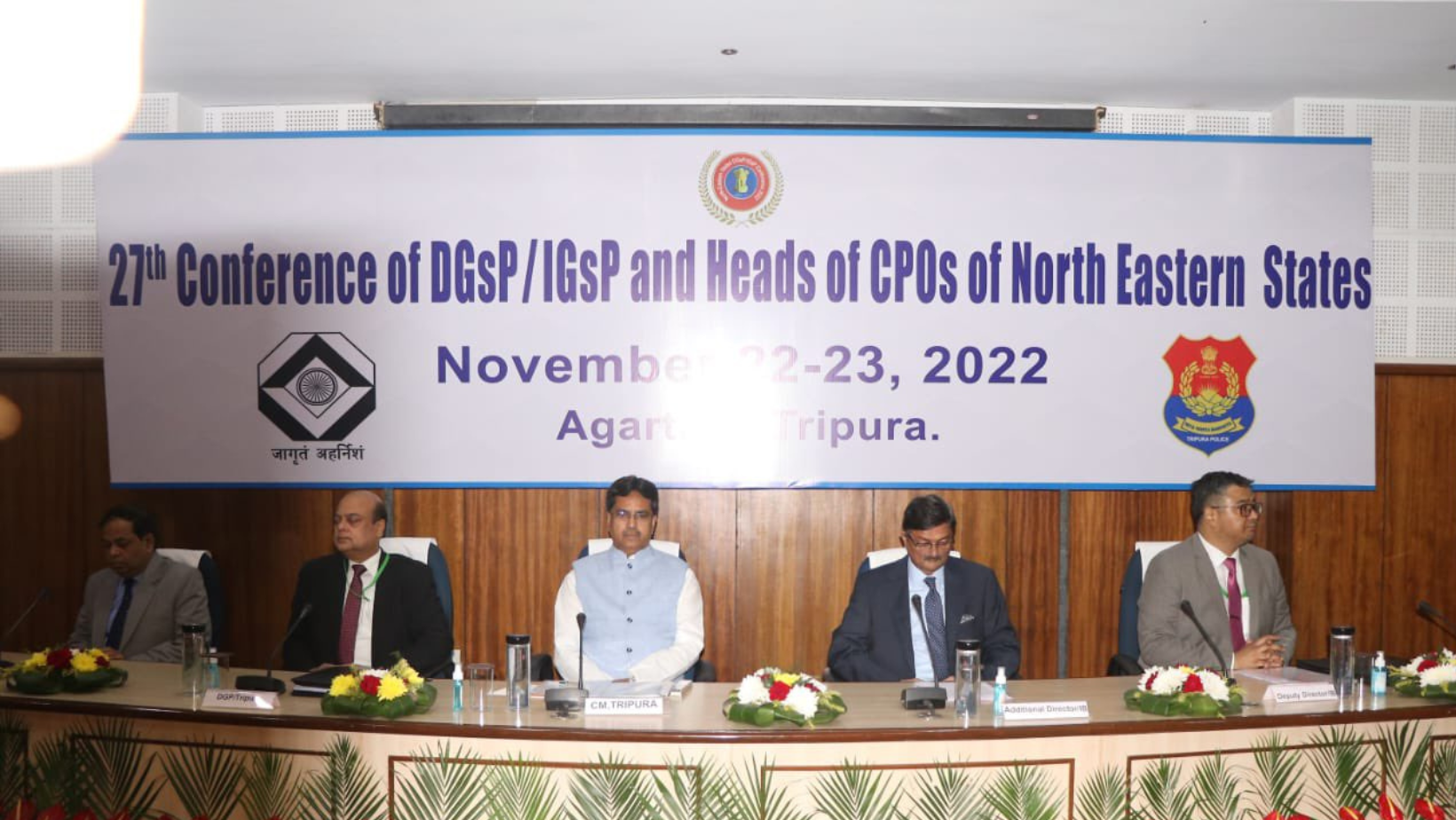 The two day 27th Conference of DGP, IGP and Heads of CPOs of North Eastern states began in Agartala today. Tripura Chief Minister, Manik Saha inaugurated the conference and participated in the discussions.

Speaking with reporters, CM Saha said that the main focus of the discussion was on how to stop drugs entering the state from Myanmar and trafficked across the region and also smuggled to Bangladesh from the state. The CM also stated that discussions were also held on curbing the smuggling of marijuana which is illegally produced in Tripura. CM Saha reiterated his government’s stand on zero tolerance against illegal trade of drugs.

The chief minister also spoke on the infiltration of Rohingya refugees and law and order situation in the Northeast, which he said has improved considerably.

The conference which is being attended by DGs and IGs of the eight Northeastern states, representatives of other central paramilitary and security agencies will also engage in discussions on key aspects of national security.