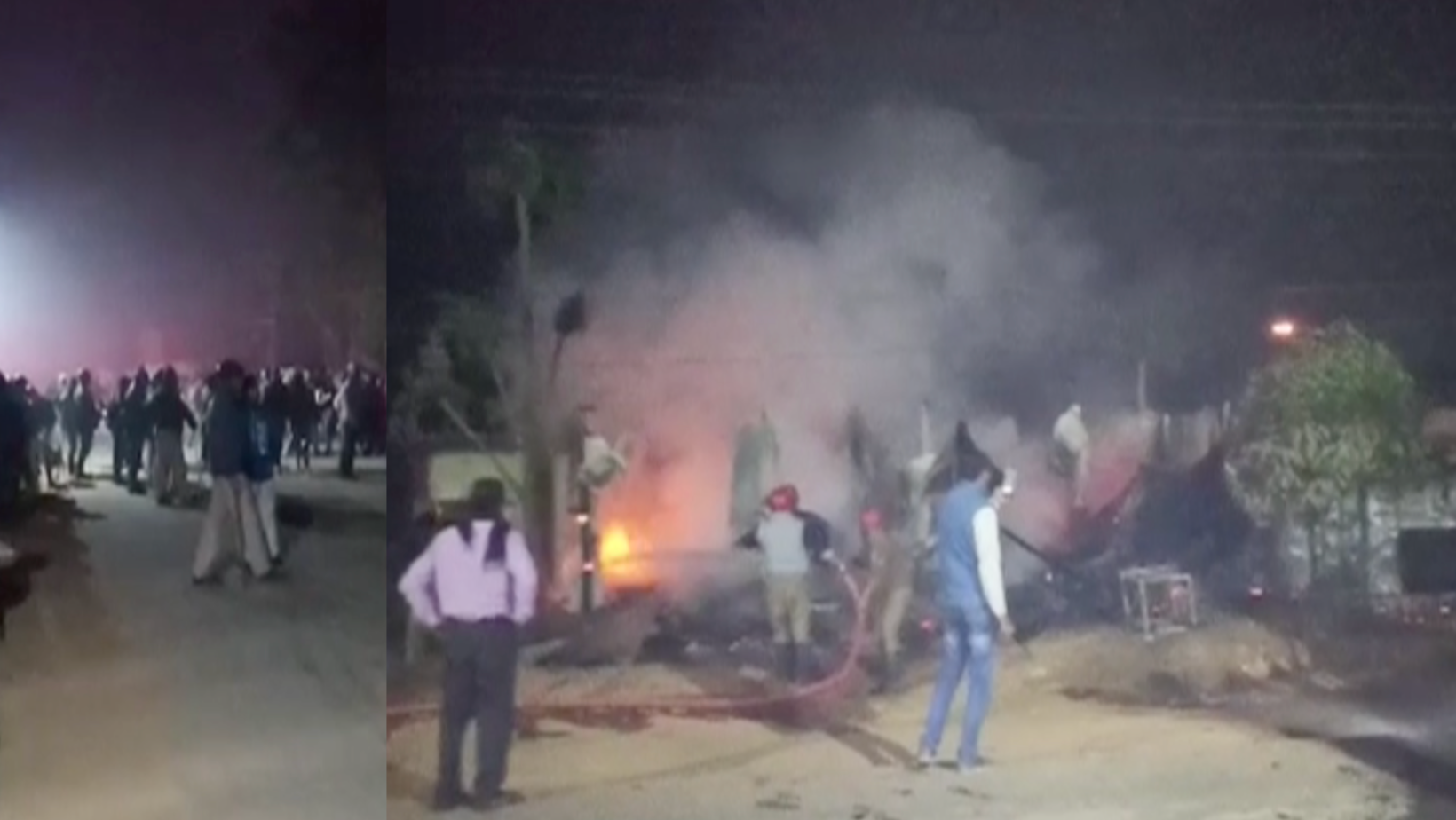 According to reports coming in the incident took place last night when arrangements were being done for the puja to be held at Biplab Deb’s ancestral home in Radhanagar as part of the shradh ceremony (annual rituals) of former CM Deb’s late father.

Several vehicles were vandalised and few shops and bikes were set ablaze by the unidentified miscreants near Biplab Deb’s residence.
The incident took place just when a group of priests arrived at the BJP leader’s residence to perform a Yajna in the annual Shradh ceremony of Biplab Deb’s father on Wednesday.
As per eyewitness accounts, around 20 to 30 attackers carrying sharp lethal weapons and sticks launched a deadly attack on their vehicles.
The mob initially did not allow firefighters to put the fire out. Police forces and paramilitary troops reached the spot and brought the situation under control.
Biplab Deb is currently attending the shradh ceremony at his home in Radhanagar.