On getting the information, police rushed to the spot, and after searching for three hours, they located and dug out the body of the child 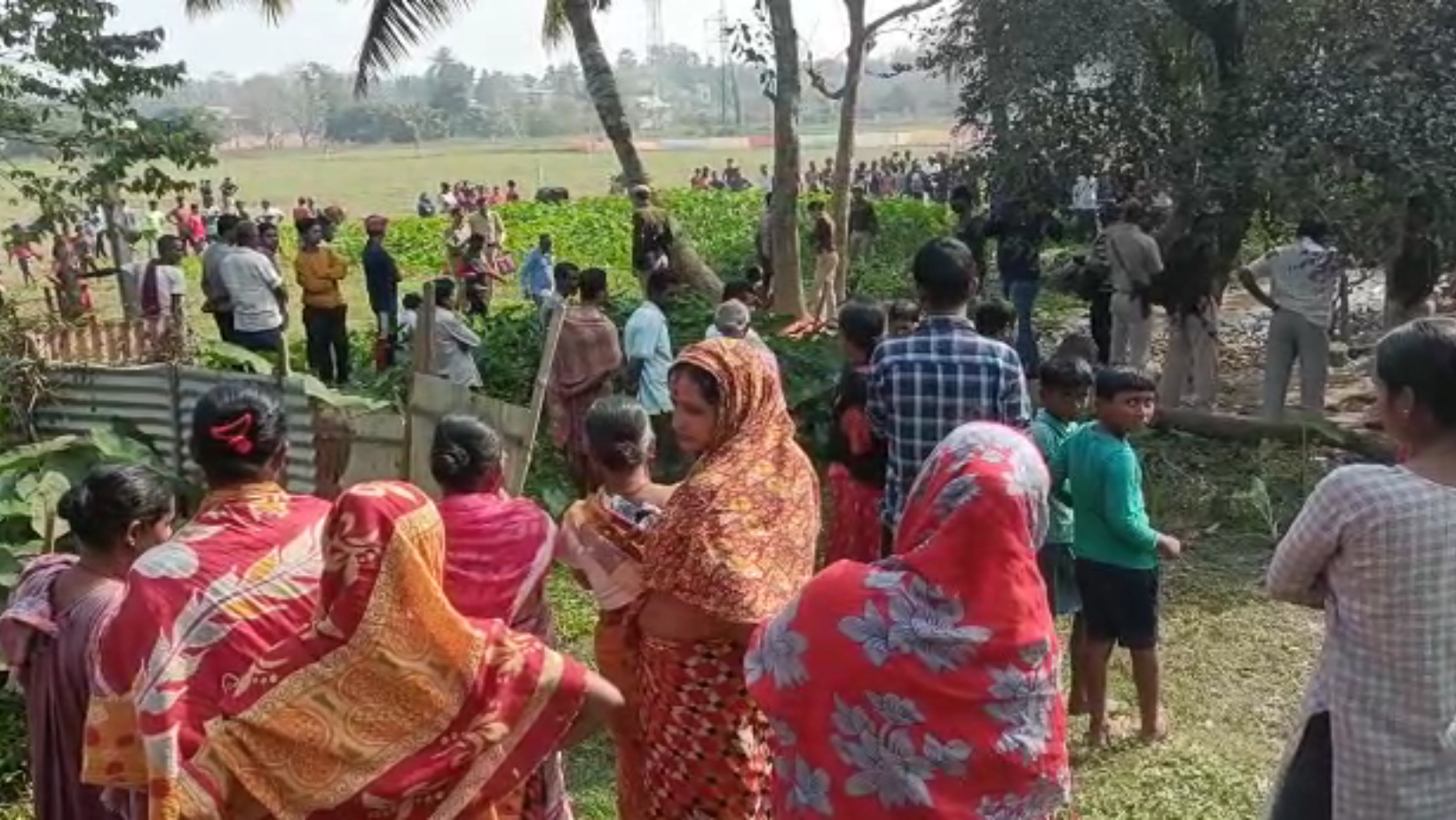 In a bizarre incident, a man allegedly killed his 3.5-year-old child and buried the body in a marshy area near a dried pond.

The incident took place on Tuesday at midnight in the Baldakha area on the outskirts of Agartala.

On getting the information, police rushed to the spot, and after searching for three hours, they located and dug out the body of the child.

The entire search operation took place in the presence of an executive magistrate, and later, a forensic team also arrived there for investigation.

“We got information that one Shyamal Das had murdered his 3.5-year-old child and buried the body in a pit in Baldakhal’s Paulpara area. Accordingly, we came and started investigating, and after three hours of searching, we could find the body,” said Paramita Pandey, SDPO (NCC).

“Now we are going for a post-mortem and have detained the father. The mother of the deceased said that last night she saw the child being beaten by his father, and when she came to rescue the child, she too was also beaten,” the SDPO said.

After murdering the child, the father buried the body near the water body.

“Preliminary, we learned from the child’s mother and the accused that, after beating the child, he discovered the child was no longer breathing, so the father buried the body near the pond.” “There are head injury marks, and only after post-mortem can we ascertain the severity of the injury.”

The SDPO added, “In anger or for whatever reason, the father had beaten the child, and the police shall take proper legal action against him.”

Meanwhile, the child’s mother, Saraswati Sarkar, claimed that her husband, Shyamal Das, whom she married three months ago, hit the 3.5-year-old boy Sayan in the head with a large spoon last night, and that as she rushed for help, she was also a victim of her drunken husband.

She added that soon the child’s condition turned worse, and on realising it, her husband had snatched her mobile phone and locked her in another room with the threat of dire consequences if she disclosed anything to anyone.

Then he buried the child’s body next to the pond to hide his crime.

Later in the morning, Saraswati disclosed the incident to her father-in-law, who also spoke against his son and said that he used to drink alcohol regularly and create trouble with his wife, father, and son.

As the locals came to know about the incident in the morning, they manhandled the accused father, who was later rescued by police and is presently under treatment in the AGMC & GB hospital where he has been detained.

Preliminary investigation suggested that Shyamal is a habitual drunkard and used to regularly beat Sayan, who is his stepson. He married Saraswati only three months ago and has a 15-year-old son from his previous marriage.