Recognized as a birding hotspot recently, the Karthok Lake in Sikkim’s Yuksam reinforced its repute with a recent sighting of two rare birds.

Recognized as a birding hotspot recently, the Karthok Lake in Sikkim’s Yuksam reinforced its repute with a recent sighting of two rare birds – Greater Scaup and Greater Crested Grebe.

Following verification, it has been confirmed that this was the first sighting of Greater Scaup bird in Sikkim.

Greater Scaup (Aythya marila) is a rare diving Duck found in India and in Sikkim it is considered extremely rare to spot one. This could be the first concrete evidence of its occurrence in Sikkim because there is no record of previous sightings.

The birds spend their summer months in Alaska, Siberia, and the northern parts of Europe. It is also found in Asia and is present in the Aleutian Islands year round. The summer habitat is marshy lowland tundra and islands in fresh water lakes.

In the fall, Greater Scaup populations start their migration south for the winter. They winter along the Pacific and Atlantic coasts of North America, The coasts of northwest Europe, the Caspian Sea, the Black Sea, the coast of Japan, Yellow Sea and East China Sea.

During the winter months, they are found in coastal bays, estuaries, and sometimes inland lakes, such as the lakes of Central Europe and the Great Lakes.

In India it has been seen in the lowland freshwater during winter. There was no previous documentation or evidence of their migration route. This documentation proves that they do use a route through Sikkim to their summer ground.

Karthok Lake in Yuksam, is considered sacred and is protected due to its religious significance. Every year in the month of February-March purification rituals are conducted by the monks and locals at this lake.Apart from the religious value, the lake is very important for migratory birds as well. It works as a stopover to many migratory birds during their summer migration to far North.

The migratory birds take a halt in the lake for couple of days or more, take a proper rest and regain energy before they continue their journey to their breeding ground in Tibet or Russia.

Karthok Lake is a stopover for most of the migratory birds including these two. They migrate from lowland lakes of India, heading to China and Russia in the months of March-April. Greater Scaup (Aythya marila ) is one of the rare diving duck. In Sikkim, it is extremely rare to see one. 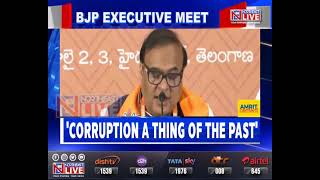 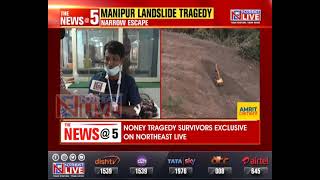 Sikkim Chief Minister Prem Singh Tamang today informed that the government is planning to provide ambulances to 7 colleges across Sikkim. The announcement comes after the mysterious death of a student within the premises of Nar Bahadur Bhandari Degree college at Tadong. Many alleged that the 20-year old Sam Tshering Lepcha could have been saved, […]

The eyewitnesses said that the student was passing by the hallway of the college when he complained of nausea and immediately fainted.

The reason for the bus accident as indicated by the driver is assumed to be a brake failure but has not yet been confirmed.

CM Tamang in his speech expressed his gratitude and congratulated the 167 police personnel who were recently promoted.