Assam CM Dr. Himanta Biswa Sarma who is already very popular among the masses as the People’s CM, has now drawn praise from his Sikkim counterpart. Chief Minister PS Tamang 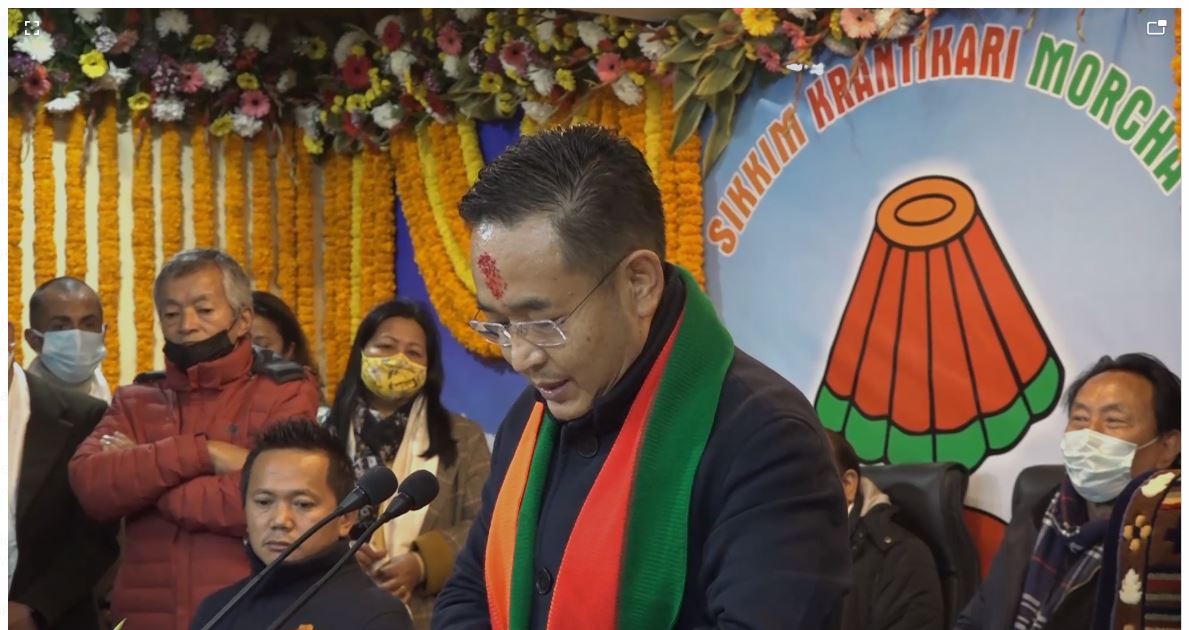 Assam CM Dr. Himanta Biswa Sarma who is already very popular among the masses as the People’s CM, has now drawn praise from his Sikkim counterpart.

Speaking during the 10th foundation day celebrations of the ruling Sikkim Krantikari Morcha in Gangtok today, CM Tamang showered praise on his Assam counterpart and called him one of the best Chief Ministers of India.

Hailing Himanta Biswa Sarma as someone who works for the betterment of the people, PS Tamang urged everyone to follow his example and said that the SKM party too is striving to follow in his footsteps and unite members of other parties as well.

The Sikkim Krantikari Morcha or SKM today celebrated its 10th Foundation Day in a low key affair at the its party headquarters in view of COVID-19 protocols. Chief Minister PS Tamang, who is also the SKM President outlined the achievements made by the government in the last 33 months.

The Chief Minister also remembered the party workers who passed away, for their contribution to the party.