Home  ⁄  Nagaland   ⁄   Will come back to power with full majority: Amit Shah in Nagaland

Will come back to power with full majority: Amit Shah in Nagaland

Shah inaugurated projects worth over Rs 52 crore and listed out other projects which have benefited the state. 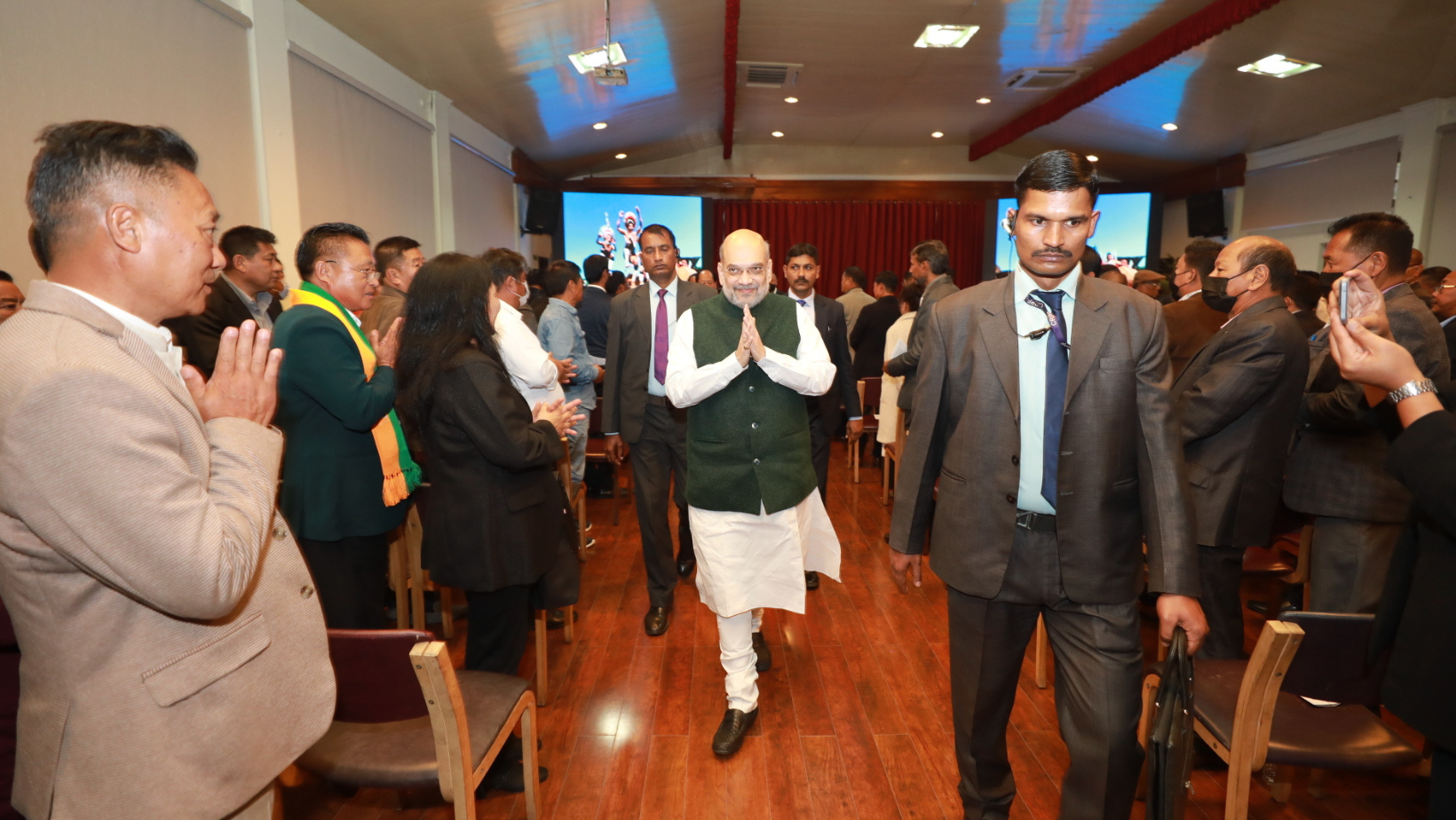 Union Home Minister Amit Shah exuded confidence that BJP with its alliance in Nagaland would storm back to power with “full majority” and would continue to carry forward Prime Minister Narendra Modi’s schemes and projects designed for the welfare and upliftment of the people of the state and the region.

“I have complete faith and believe that we are standing today on the eve of election, we have an existing alliance over here in the state of Nagaland and I firmly believe that we will contest elections and see to it that we come to power with full majority and we will have a developed Nagaland, a Nagaland which is prosperous and which us happy,” Shah said addressing a huge gathering in Dimapur in Nagaland on Friday.

Inaugurating the schemes worth Rs 52 crores, the Home Minister said, “I firmly believe the 5 schemes which was inaugurated today will bring about revolutionary change in the sector of education, tourism and electricity supply in Nagaland.”

Talking about the Narendra Modi government’s developmental agenda for Nagaland, Shah, “the Modi government has a vision of three 3Ps for Nagaland- Peace, progress and prosperity, and today all these 3 Ps has successfully implemented in this great land of Nagaland.

He said that he was “overwhelmed by the mixture of this great land. It is a mixture of great culture, tribes and dances. Nagaland is in fact known in the country for the diversity of 12 different organic varieties and that is the reason why it has a huge potential of tourism in Nagaland. In the whole world, Nagaland is famous for its culture and ethnicity and of course the way they treat their Naga women with uniformity and oneness.”

It is the great story of Nagaland and the northeast over here because of the vision of PM Modi previously Northeast which was known for its insurgent groups, today it is known for its peace and progress through connectivity and development. Connectivity not just physical connectivity of road etc. but also the emotional connect that exists in different parts of India and the Northeast today, Shah said in the poll-bound state.

Highlighting the BJP government’s developmental push for Nagaland, the Home minister listed out all the projects and programmes which have benefitted people of the state.
The 15th Finance Commission has allocated a humongous amount of Rs 4773 crore for Nagaland compared to just Rs 1,283 crore in 2009.

Underlining the Centre’s focus on Northeast, Shah said “Every Union Minister of Government of India visits the Northeast India once in the fortnight, that is 15 days. Similarly, it is a matter of great joy that the Prime Minister himself in the last 8 and half years has visited Northeast 51 times and this is a record in itself”.