He is likely to visit Tuensang town , the strategically placed border district with Myanmar and hub of Eastern Nagaland , wherein the demand for carving out a separate state 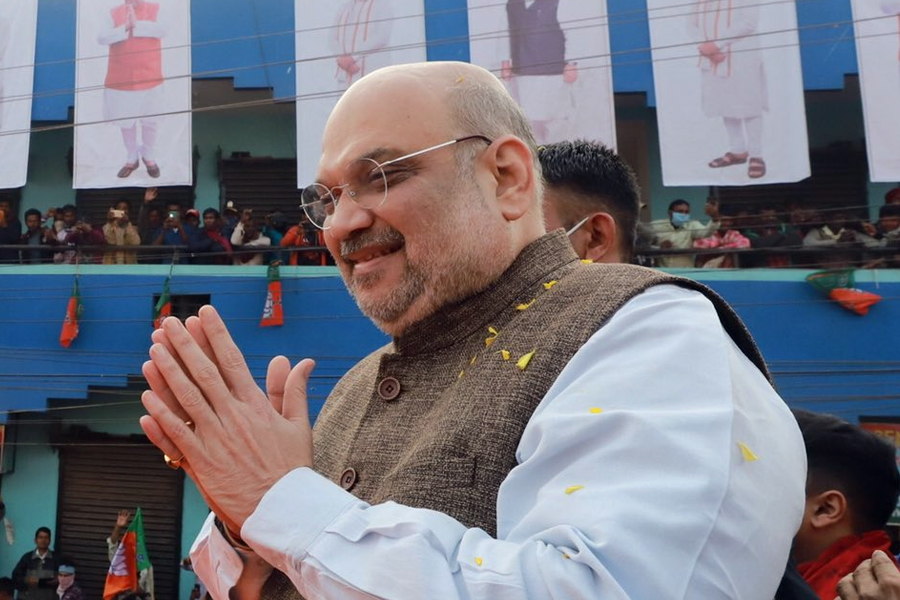 Union Home Minister Amit Shah, who is scheduled to visit Nagaland on January 6, is likely to meet state legislators and State BJP party leaders, sources said. Sources had told Nagaland Post that Shah will be arriving Dimapur from Imphal and hold meeting with state leaders before leaving for Delhi.

Though Shah had reportedly assured the ENPO delegation during December 6 meeting that he would personally visit Eastern Nagaland by January 2023, it was not clear whether he would be meeting ENPO representatives.

Earlier, sources had however said that Shah’s proposed visit to Eastern Nagaland this month would be finalized only after submission of a report by the three-member Home ministry committee on ‘Frontier Nagaland’ demand.

He is likely to visit Tuensang town , the strategically placed border district with Myanmar and hub of Eastern Nagaland , wherein the demand for carving out a separate state has been rekindled.

Meanwhile, a high-level team from the Ministry of Home Affairs (MHA) held its third round of talks with the Eastern Nagaland People’s Organization (ENPO) on Thursday ahead of the Assembly elections in the state and Home Minister Amit Shah’s visit to Nagaland.

As per sources, the meeting was brief and fruitful and things are going on the right track.

Sources said that discussions for a separate Statehood of the Eastern Nagas are ongoing and the Government of India have also shared their part of difficulties.

In what can be termed as a big political development ahead of the assembly elections, senior NDPP leaders in the likes of NDPP working President and Co-Founder of the party Alemtemshi Jamir IAS ( Retd), Former Chief Secretary along with Imkong L.Imchen Veteran politician and sitting MLA of the NDPP Party and several other senior party leaders from the NDPP have agreed to join BJP party.

Sources informed that a meeting between the leaders and BJP party was held at Niathu Resort Chumukedima, Thursday afternoon and they have formally agreed to join the saffron party.