Spicejet to fly direct flights between Shillong and Delhi from February

The Meghalaya Transport Corporation (MTC), under the State Government, signed the Agreement today with SpiceJet for operating the direct flights 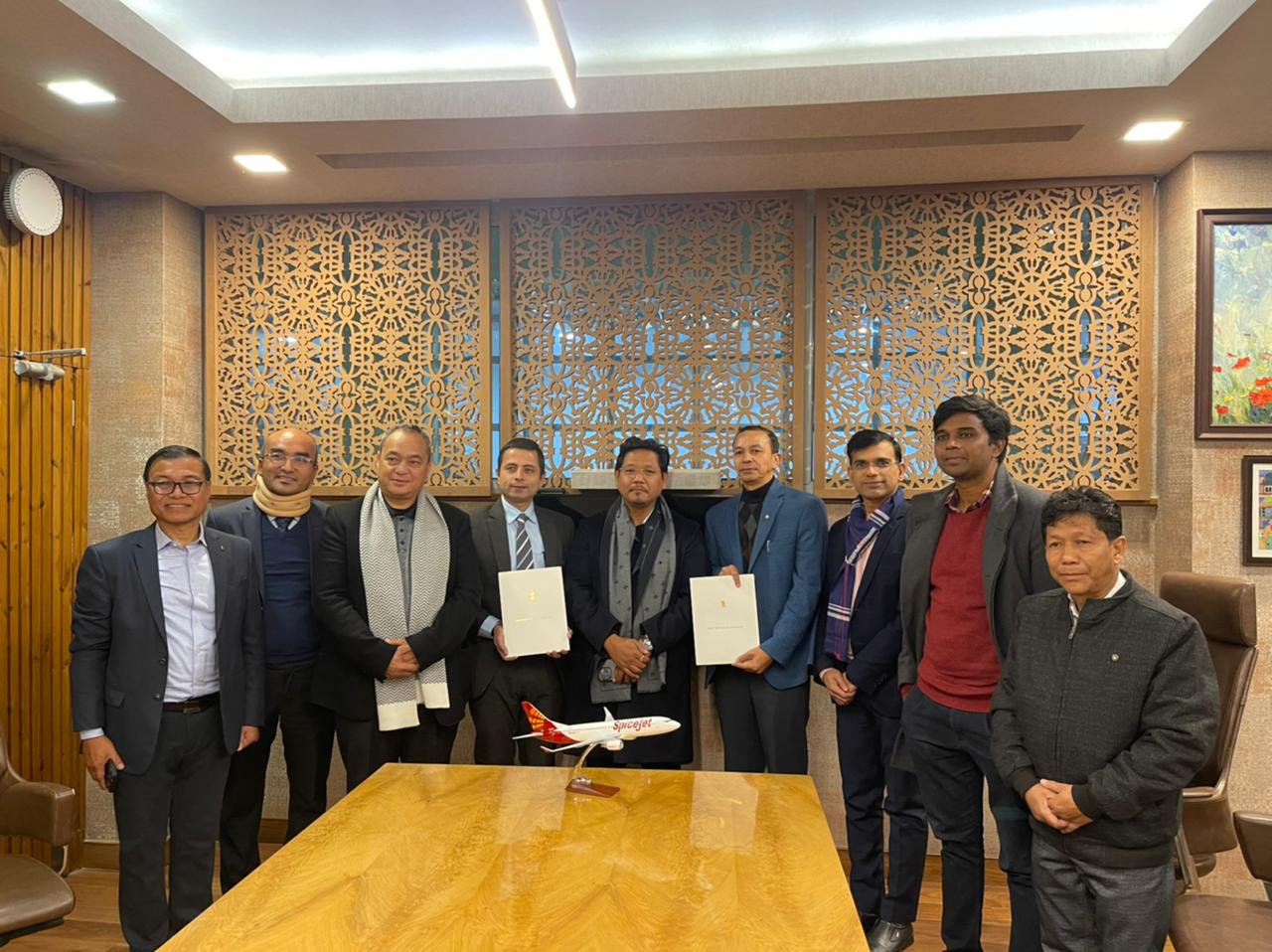 In the New Year it is good news for the people of Meghalaya. From February, the state would once again be connected directly with the National Capital, Delhi. Spicejet have entered into an agreement with the Meghalaya government to operate direct flights between Shillong and Delhi. The flights would operate twice a week on Monday and Friday.

It may be noted that the initiative to operate direct Delhi-Shillong-Delhi flights was undertaken by the State Government in 2020. Initially Big Charter Pvt Ltd (FlyBig) was engaged to operate the flights. FlyBig had deployed Bombardier Dash 8 Q400 aircraft on the route which were initially chartered from SpiceJet. However, FlyBig later expressed its inability to continue the operations. Subsequently the State Government held several deliberations with FlyBig and also explored other alternatives. Later, the agreement with FlyBig was terminated.

SpiceJet is looking forward to fulfil the commitment of the State Government and to meet the aspirations of the citizens of Meghalaya with direct flights between Shillong and Delhi.

The Meghalaya Transport Corporation (MTC), under the State Government, signed the Agreement today with SpiceJet for operating the direct flights.