In a big development From Meghalaya, BJP leader and Tura MDC, Bernard N Marak has alleged that workers of the National People’s Party have been taking Chief Minister Conrad K

In a big development From Meghalaya, BJP leader and Tura MDC, Bernard N Marak has alleged that workers of the National People’s Party have been taking Chief Minister Conrad K Sangma and his sister, Tura MP Agatha K Sangma for a ride by extracting huge funds for non-existential “Ghost projects”.

He said the RTIs filed in Tura Municipal Board revealed ghost projects sanctioned through SUWP and MPLADS which are shown as completed under SUWP (2018-19) and as ongoing under MPLADS (since 2017-18) are nonexistent in reality.

The BJP leader further added that among the many projects which got cleared as completed, a particular graveyard shed in his locality which had been constructed by the public, was used by the party workers to withdraw sanctions under two different government schemes.

Marak added both the sanctions were made for the same shed under one name but in reality it was constructed by public through general contribution and not by MPLADS or SUWP.

The BJP leader said the party worker’s name is not revealed so that the Chief Minister and MP takes action against the illegal activities and misuse of public fund. Marak has also warned of taking legal steps if no action is taken. 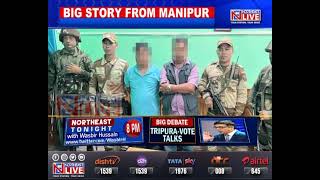 The 2 interns were left in a shock and took a while to understand that people could randomly come out and attack them.

The youth also held a protest rally demanding Common Entrance Examination (CEE) and Army Recruitment Rally to be conducted at the earliest.

If the cumulative rainfall over the past one week is calculated Cherrpunji has recorded a total of 3539 mm of rain till this morning.