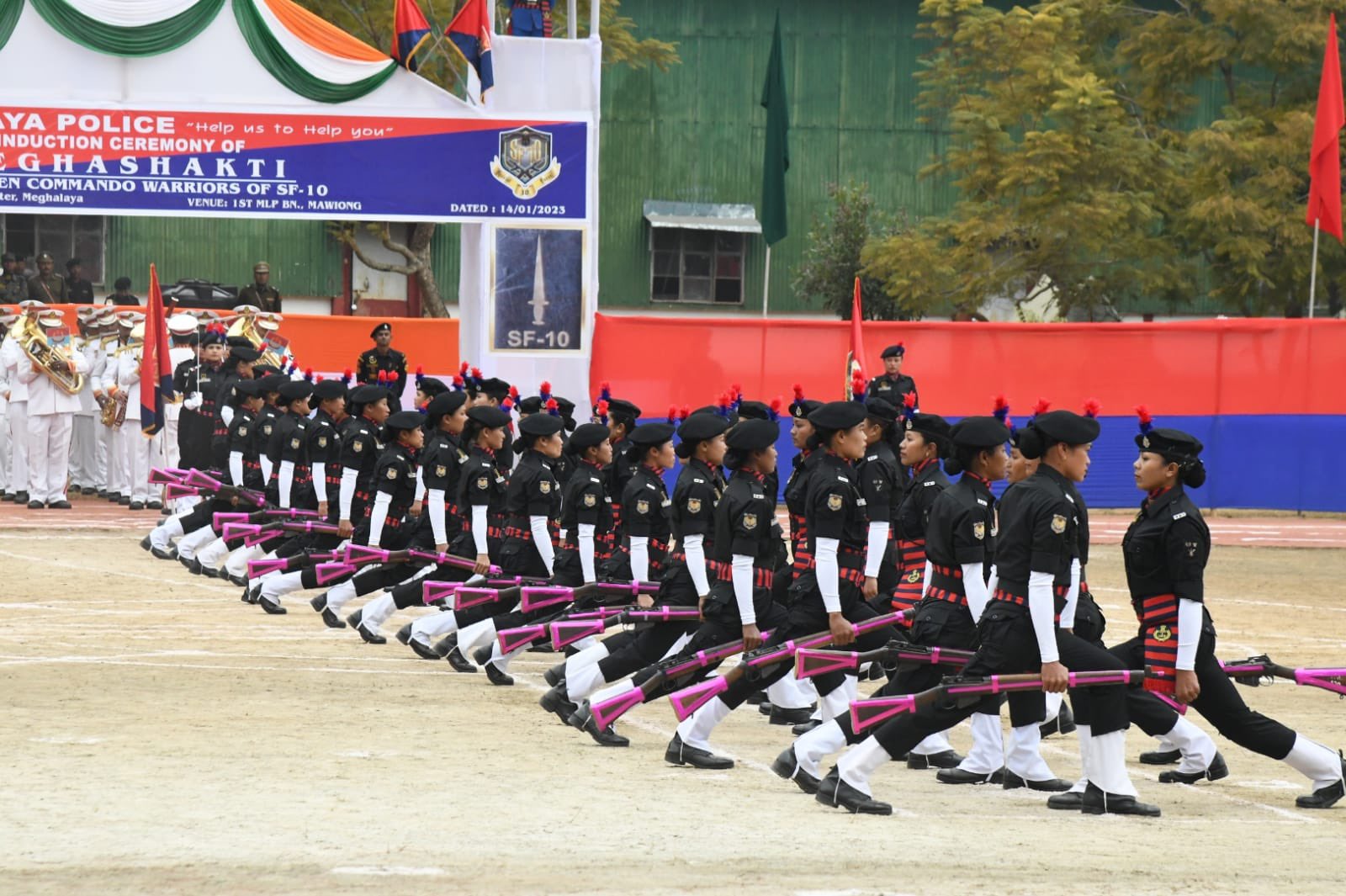 It was a proud moment for Meghalaya after the state got it’s first Women Commando Unit today. Named as the Meghashakti Women Commandos Warriors, the unit was inducted into the Special Forces 10 or SF10 at an induction ceremony held at the 1st MLP Batallion in Mawiong, in presence of Chief Minister Conrad Sangma.

Speaking on the occasion, Chief Minister Conrad Sangma congratulated the Meghashakti Women Commando Warriors and highlighted that his government is making the best efforts to enhance infrastructure for better policing as well as for improving the security scenario.

Chief Minister Sangma, however, said that much more needs to be done.

The Meghalaya Chief Minister thanked all security personnel in the state for their hard work and dedication that they have shown towards the people of the state.

Terming it as a proud moment for the Meghalaya Police, the DGP said the Meghashakti Women Commando Warriors is the second track unit after the Veeranganas of Assam.

DGP Bishnoi thanked the Government and the Home department for their support.

“Initially we have called nearly 200 girls and after judging their endurance skill, speed, physical capacity, mental makeup and their attitude, everything was judged meticulously and after that we selected 70 in the first round and then finally zeroes in on 52,” Meghalaya DGP LR Bishnoi added.