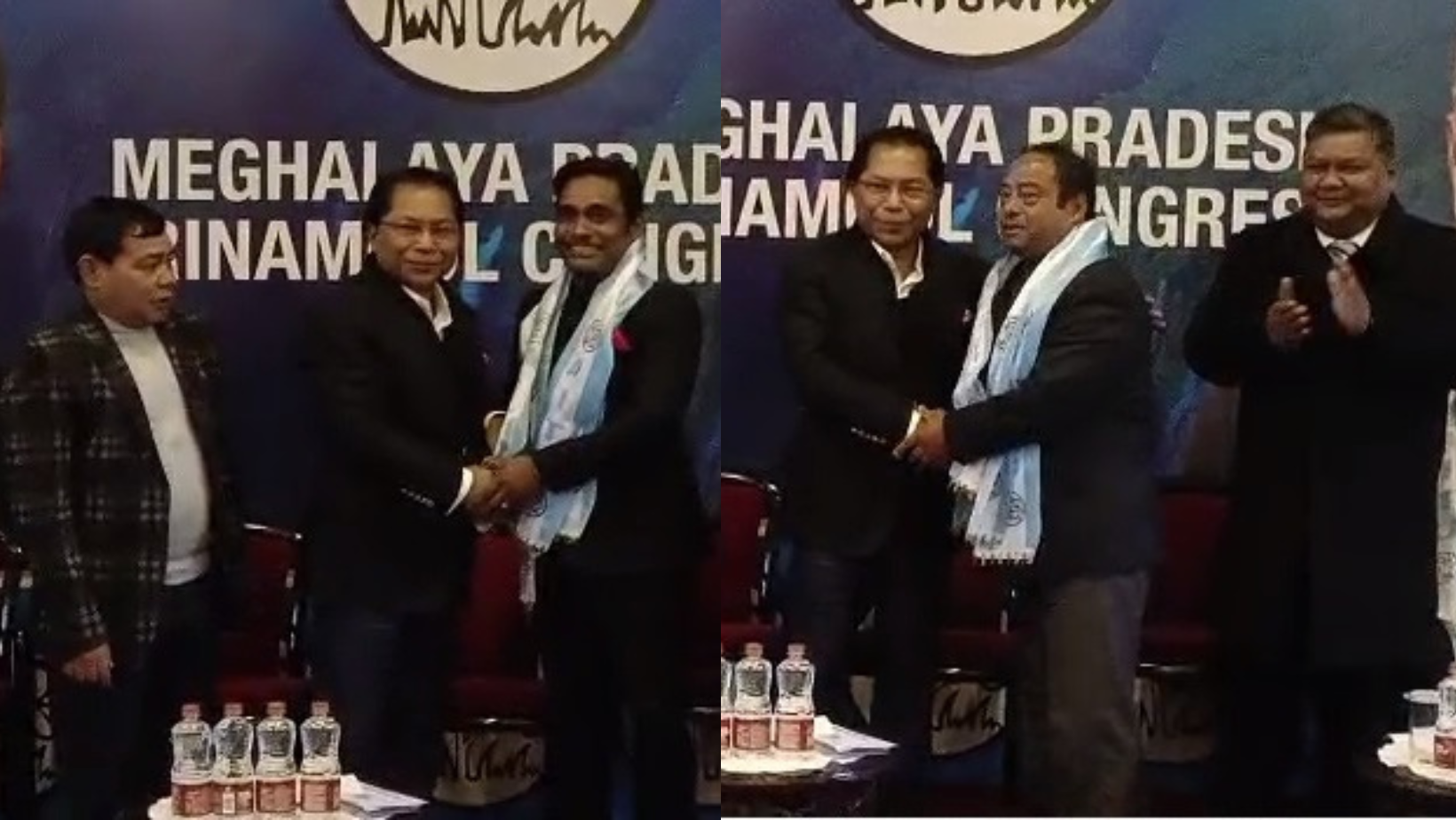 The Trinamool Congress in Meghalaya got a shot in the arm after former NPP MLA from Phulbari Esmatur Mominin and BJP leader Robinus Syngkon joined the party today.

Top Meghalaya TMC leader and former Chief Minister Mukul Sangma welcomed Esmatur Mominin and Syngkon to the party fold, and expressed hope that the TMC will record a significant win in the upcoming assembly elections in the state.

One of the major issues that Mominin was unhappy about is the issue of teachers hired under Sarba Siksha Abhiyaan (SSA). “I requested many times to hike their salaries but it did not happen. There are many such things which forced me to leave NPP”.

Esmatur Mominin said that people of Garo Hills are extremely happy with the functioning of former Chief Minister Mukul Sangma. The former NPP MLA said, “People are very much attracted to Dr Mukul.”
Esmatur Mominin had tendered his resignation yesterday. His resignation was expected as the NPP had sidelined him and announced the name of former Congressman and Assembly Speaker Abu Taher Mondal as its candidate from Phulbari.

Estamur is the third NPP MLA to leave the party since November 2022. In November 2022, Benedict Marak, MLA from Raksamgre and Fairlene Sangma, MLA from Selsella had quit the NPP and joined the BJP.

Syngkon had won the Mowkaiaw seat in 2013 as an Independent and then joined the BJP in 2018.