Bernard Marak says, "Whoever is in the govt, whoever is scared that they may be ousted in the next elections are the people behind this." 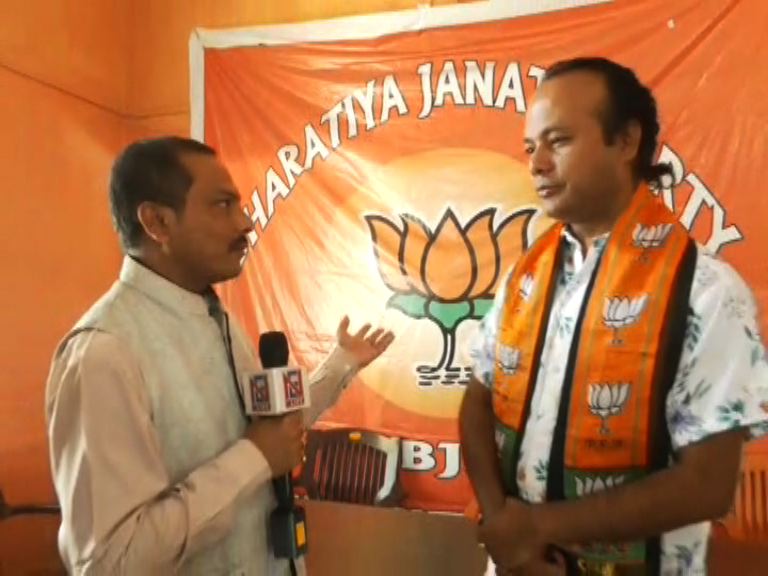 A day after being released from jail, Meghalaya BJP leader Bernard Marak has accused the NPP-led Conrad Sangma government of playing “bad politics” and putting him behind bars.

Speaking exclusively to Northeast Live’s Chief-of-Bureau Arindam Das soon after his release, Marak without naming anyone blamed the government for the entire series of events that led to his arrest. Marak said,”That everybody knows, I don’t need to name them. Whoever is in the government, whoever is scared that they may be ousted in the next elections are the people behind this. As time goes by, everything will be revealed. We dont need to point out who is who. I have already revealed before my arrest I have named it out. And this is a fact.”

Bernard Marak feels that this was the actual reason becasue of which he was put into custody. The BJP leader who is relieved after his release, alleged that additional charges were slapped against him intentionally later, which they could have been done when he was arrested for the first time.

According to Marak, this was done so that he could not get bail until the elections.

Not only this, Bernard Marak quoting the reports of the Court said, “there has not been evidence against the accusations levelled against me. So it was really a bad politics, which has actually confined me to custody for all these months. The bad politics is not only imposed on me, but also on the entire people of the state.”

Meanwhile, Bernard Marak is a confident man especially when it comes to the assembly elections slated for next year. The BJP MDC who will be contesting the poll battle from the South Tura seat will be up against Chief Minister Conrad Sangma.

Bernard Marak expressed his gratitude to the central BJP leadership for reposing faith and confidence on him. According to Marak, the BJP leadership have full faith on leaders like him who have been victimized.

When asked if he was confident enough to defeat Chief Minister Conrad Sangma, Bernard Marak said, “that is upto the people of my constituency, because I have already won the polls for MDC inspite of the Chief Minister holding the South Tura constituency while another NPP MLA is holding the North Tura seat. So it is a clear picture that people want change and they will vote for change. I am very confident that in the upcoming elections people will vote for change,” Bernard Marak said.

The Meghalaya BJP MDC from Garo Hills was in jail for almost 4 months after he was charged with differenct sections of POCSO and the Arms Act following a raid at his farmhouse Rimpu Bagan in July this year.