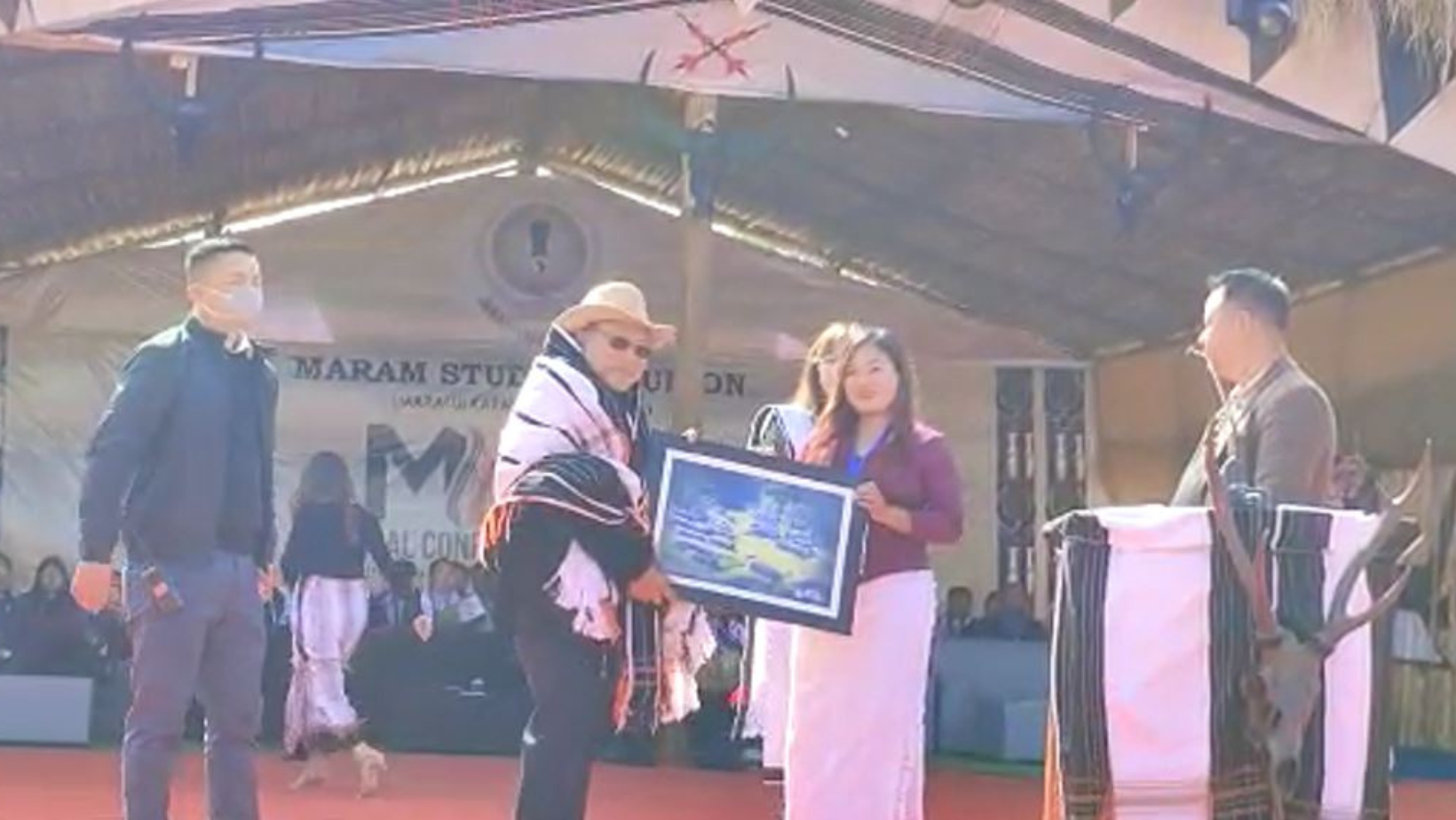 The Cultural Regale of the Maram Students Union (MKS) was inaugurated by Awangbow Newmai, Minister of Water Resources, Relief, and Disaster Management, as the chief guest, and J. Kumo Sha, MLA, former President of ANSAM, as the special guest, on Sunday at Senapati.

President of All Naga Students Association, Manipur (ANSAM), Luikang Bruce, speaking on the occasion, said that he was the first president of the student body representing the Maram community in ANSAM.

Luikang Bruce also lauded the union body for delivering to the people through their good morals, sincerity, and transparency whenever any assignment is given to them.

Speaking as the chief guest, Minister Awangbow Newmai, encouraging the students’ community, stated that one is as talented as anyone in this world.

“The same God that created them has also created you and me with the same kind of talents that has been given to the advanced communities in this planet. Don’t take excuse of your economic conditions in your family. I truly believe in the famous saying ‘Where there is a will, there is a way,” the minister said.

Meanwhile, MLA Kumo Sha said that he has confidence that the conference will be successful. With fulfilment taking place in almost all the programmes that the MKS has been doing, the MLA also urged the student body to celebrate another conference with the theme, “Fulfillment.” The MLA also praised the theme of the programme and the organisers for organising it in the historical village of Maram.

The highlights of the events were the cultural display from Maram Khullen, the harmonious steps from Thangal Students Union (TAJ), the Wa dance from Maring Students Union, and the cultural blend from Katomei Youth and Students Organization.