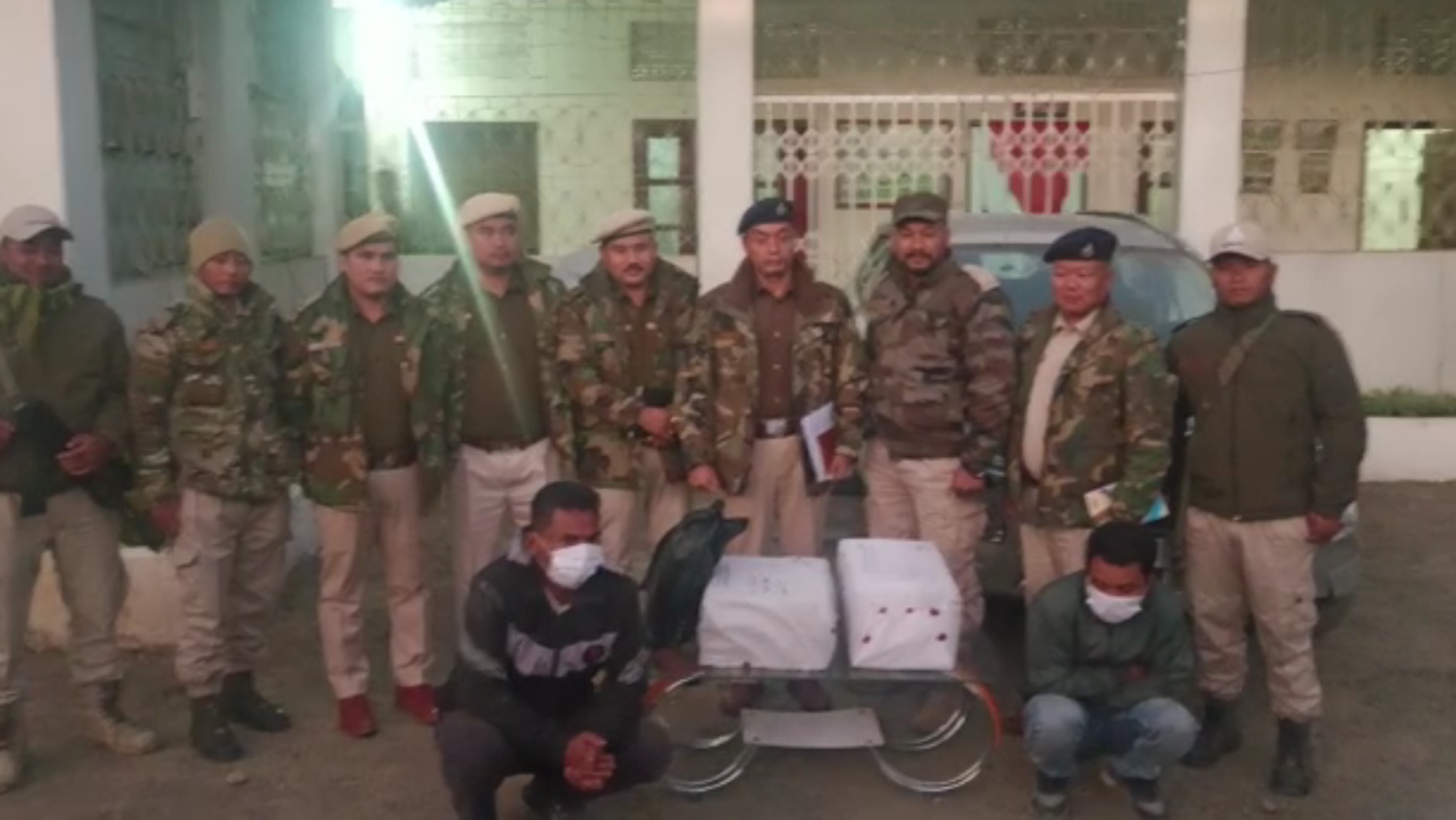 In a major crackdown on drugs, Manipur police arrested two drug peddlers and seized heroin worth Rs 25 crore from them. The arrested persons have been identified as Ngamboi Haokip (30) of Churachandpur and Thangminlen Kipgen, (32) of Saikul, Kangpokpi district of Manipur.

Speaking to media this evening at Kangpokpi SP office, SP Th. Vikramjit said that the combined team carried out intensive frisking and checking at around 11:30 am yesterday at the Inter-village road leading to Leimakhong -PS junction and stopped one vehicle on suspicion. During checking of the vehicle, the police found 100 soap cases with the drugs.
Interestingly, the vehicle from which the heroin was seized, had Tripura registration number.
When Northeast Live asked about the possibility of the duo being members of inter-state drug cartel, the SP said that it is too early to comment and investigation is on.