Teams of Kakching police made the seizure from a Maruti Gypsy of a team of Commando Unit, Kakching which was posted in Moreh 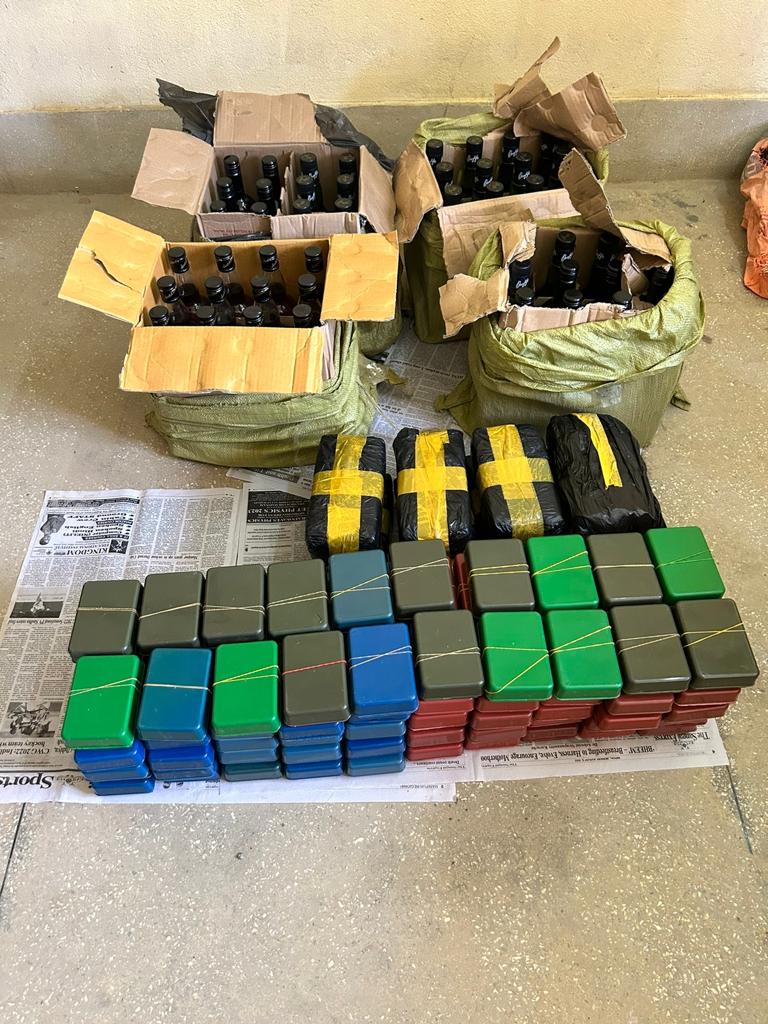 Teams of Kakching police made the seizure from a Maruti Gypsy of a team of Commando Unit, Kakching which was posted in Moreh and now under orders of posting to Special CDO Unit, Khabeisoi.

Police sources said that they were coming from Moreh at Kuraopokpi near St. Joseph English School on NH 102.

The arrested personnel of the CDO teams are-

The detained persons along with the said vehicle were searched after observing legal formalities. From the vehicle, 100 (hundred) soap cases containing suspected Heroin No.4 powder and 8 bundles of suspected WY tablets with each bundle containing approx 10,000 tablets were seized.

The Heroin No. 4 powder was found to be 1.336 Kilograms and suspected WY tablets were found to weight 9.151 Kilograms respectively. A cash amount of Rs. 80,000/- was seized from the accused person namely Kh. Achouba Singh.

The arrested persons along with the seized articles have been handed over to OC, Kakching Police Station for taking up further necessary legal action.