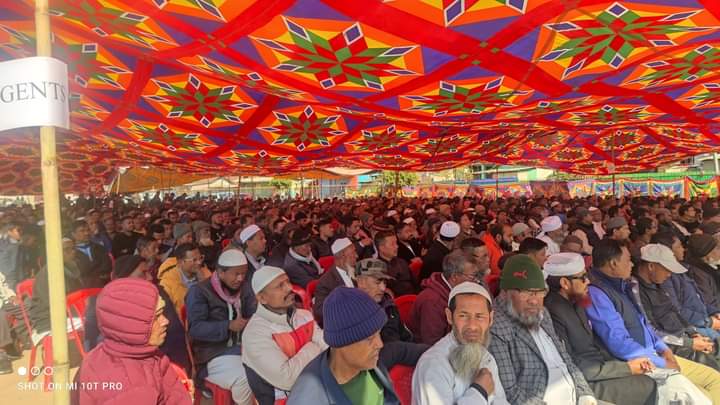 Amid sustained movement of the Meitei community under the banner of Scheduled Tribe Demand Committee of Manipur for inclusion of Meitei community in ST list, Meitei-Pangal community of the state has also resolved to demand ST status for the community.

The resolution was adopted during a one day people’s convention organised by Meitei Pangal Scheduled Tribe Demand Committee (MPSTDC) on the topic “The future prospects of Meitei Pangal community in Manipur” today at Kshetrigao in Imphal East.

Despite being Muslims, the Meitei Pangal community shares a unique history with the Meiteis since they started settling in Manipur after marrying Meitei women.

Notably, Meitei Pangals have unique surnames given by Meitei kings to differentiate them from other Muslims.

Responding to a query by Northeast Live, he acknowledged that the influx of illegal Bangladeshis or Myanmarese for that matter is also threatening the survival of Meitei Pangal among other communities.

“The Muslims from Bangladesh or other parts of India and us; we share common faith but it doesn’t mean we are same,” he stated adding that the Meitei Pangal wants to preserve its unique identity and do not want to mix up with the illegal immigrants.

He maintained that the committee has been putting efforts to esnure that the Meitei-Pangal community use their respective unique surnames since 2014 as it is one of the identities.

The people’s convention, which was participated by dozens of Meitei Pangals from different parts of the state, also resolved to entrust responsibility of the demand to MPSTDC.