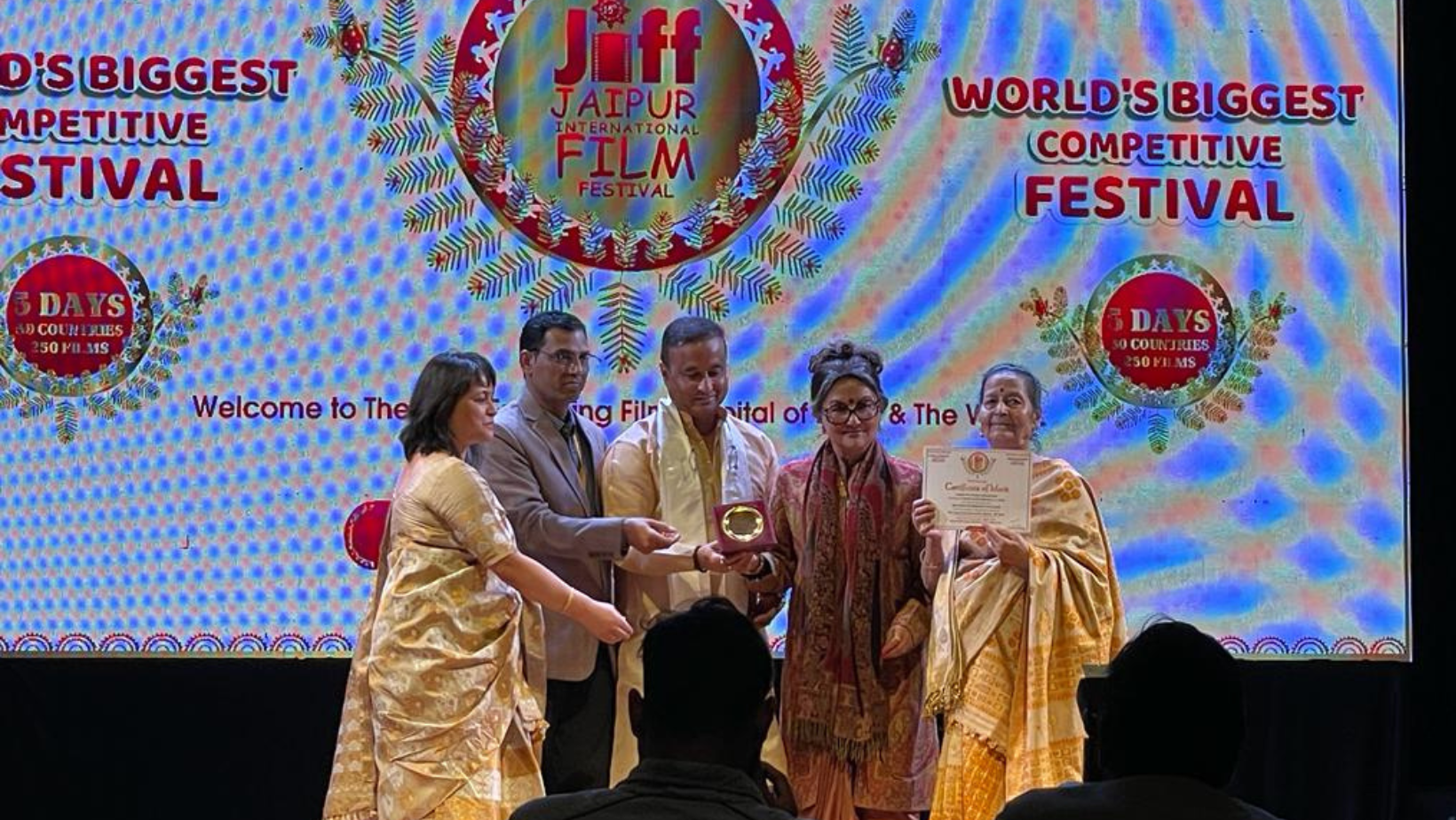 It was a proud moment for Assam at the Jaipur International Film Festival. Writer, director, poet and IPS officer Partha Sarathi Mahanta’s Hargilla, bagged the top slot in the Best Documentary Film category and Mahanta who is the Joint Commissioner of Police won the Best Director award for his animation documentary biopic Lachit, The Warrior.

Legendary film director, writer and actress of yesteryears, Aparna Sen gave away the awards.
Hargilla, by Partha Sarathi Mahanta was produced by Meena Mahanta and Indrani Baruah and directed by Samujjal Kashyap. It is based on the rapid deaths of the Hargilla, (the Greater Adjutant Stork) resulting in the species becoming extinct. Hargilla is included in the list of twenty most endangered species in the world.

Dadara-Pachoria areas of Kamrup District are generally the habitat of this bird, where Purnima Debi Barman, an eminent environmentalist, has been leading from the front for the protection of this endangered species in a very methodical manner, and this has been considered to be a very significant step towards it’s conservation. She has rallied the support of the local women folk and formed a dedicated group for the purpose, aptly named Hargilla Army. In this mission, she received substantial help and cooperation from Mahanta who was then SP, Kamrup (Rural) and under his leadership, the police administration of the district too extended all possible help. It had achieved the distinction of becoming one of the most successful conservation efforts worldwide. The producer and director of this documentary have stated that the recent success of the film, based on the endangered species has been considered to be a vindication of the relentless and dedicated efforts the women of the areas have put in, for the conservation of the Hargilla.

Partha Sarathi Mahanta also bagged the best award for direction for his animation documentary biopic LACHIT, The Warrior. Anupam Mahanta bagged the best award for creative direction for the same film.
Besides, another fact which needs to be mentioned is that the poem, revolving around the legendary life of Lachit, the Ahom general, composed by Partha Sarathi Mahanta has received critical acclaim from all quarters in the film festival. Lachit Barphukan, the Ahom general, who defeated the Mughals seventeen times, finally vanquished the Mughal Army in the decisive Battle of Saraighat. The biopic documentary in animation traces the birth and noble ancestry of the general, his extraordinary valour and an equally outstanding sense of self-dignity and love for his motherland, for which he beheaded his own uncle for dereliction of duty at a time when the battle was on! The legendary lore of Lachit lives on. The narration of the poem has been done by Dr Amar Jyoti Choudhury.