The long-standing border dispute between the two states stems from two colonial demarcations of 1875 and 1933. 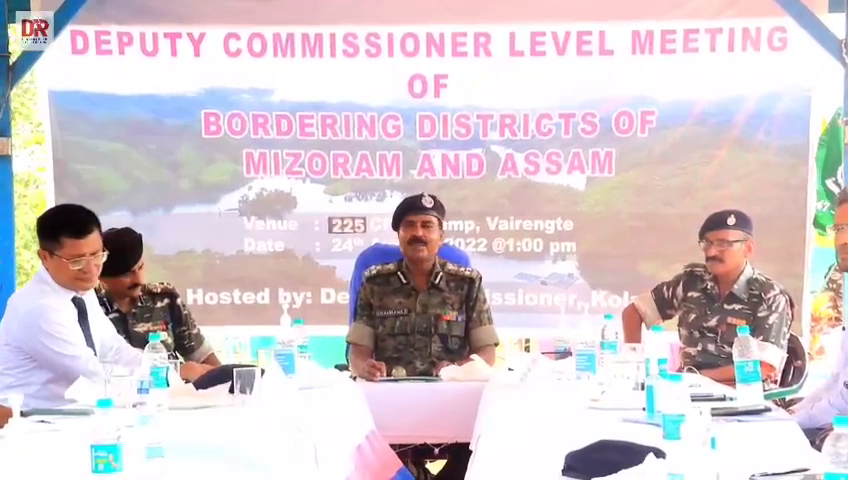 Mizoram and Assam on Wednesday agreed to maintain cordial relations between the police forces of the two states posted along the inter-state boundary, an official statement said.

Deputy Commissioners of five border districts — Kolasib and Mamit in Mizoram, and Cachar, Karimganj, and Hailakandi in Assam — held a meeting in Mizoram’s Vairengte town to discuss the border issue.

The meeting was a follow-up of a decision taken at the ministerial-level talks held in Aizawl on August 9.

They also agreed to take measures to ensure that farmers on either side of the border continue with their agricultural activities undisturbed, the statement said.

During the meeting, a wide range of issues was discussed, including forging collective efforts to protect forest areas along the border, prevent hunting and illegal transportation of wild animals and felicitate selling of Mizoram-grown areca nuts in neighboring states.

The issue of the ongoing construction of bridges by Mizoram near Thinghlun and Zophai villages along the border was also discussed and it was agreed that higher authorities will be approached to resolve major problems on the matter.

The long-standing border dispute between the two states stems from two colonial demarcations of 1875 and 1933.

A violent clash took place on July 26 last year when the police forces of the two states exchanged fire near Vairengte leading to the death of six policemen and a civilian from Assam. Around 60 people were also injured in the incident.

On August 9, the two states held a ministerial-level meeting in Aizawl and agreed to maintain peace along the border.