Short circuit is suspected to have caused the fire.3 motorcycles and one four-wheeler were also damaged in the fire 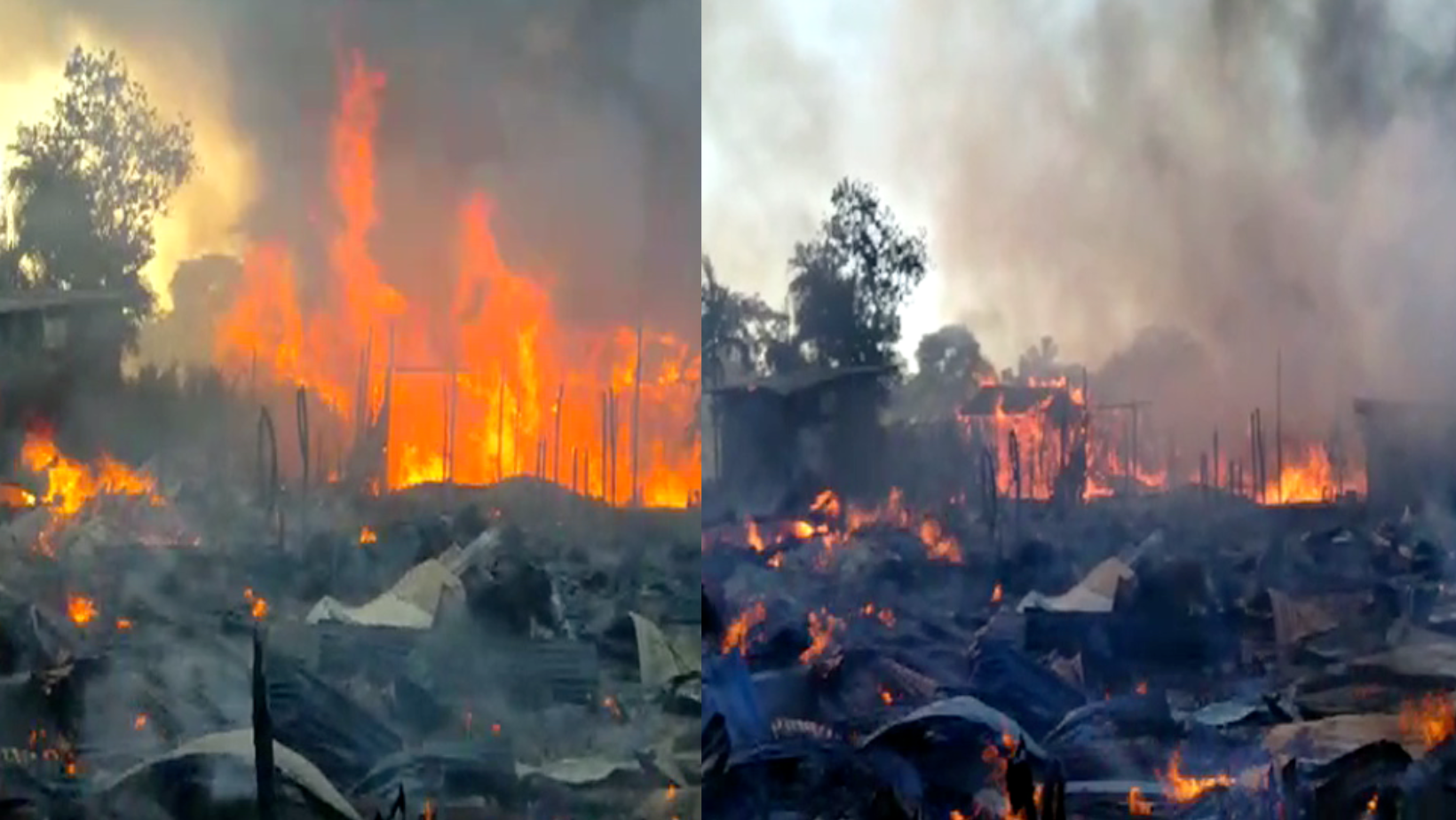 At least 100 houses, business establishments, shops, 3 motorcycles and one four-wheeler have been gutted in a massive fire that broke out at Lahorijan near Bokajan in Assam’s Karbi Anglong district along the Assam-Nagaland border today.

The fire, suspected to have been triggered by a short circuit, turned into a massive blaze after several cylinders exploded in the fire, according to the police.

However, no casualties have been reported from the incident, the Sub-Divisional Police Officer (SDPO) of Bokajan, John Das, told ANI.

Fire tenders rushed to the incident site and brought the fire under control after hours.