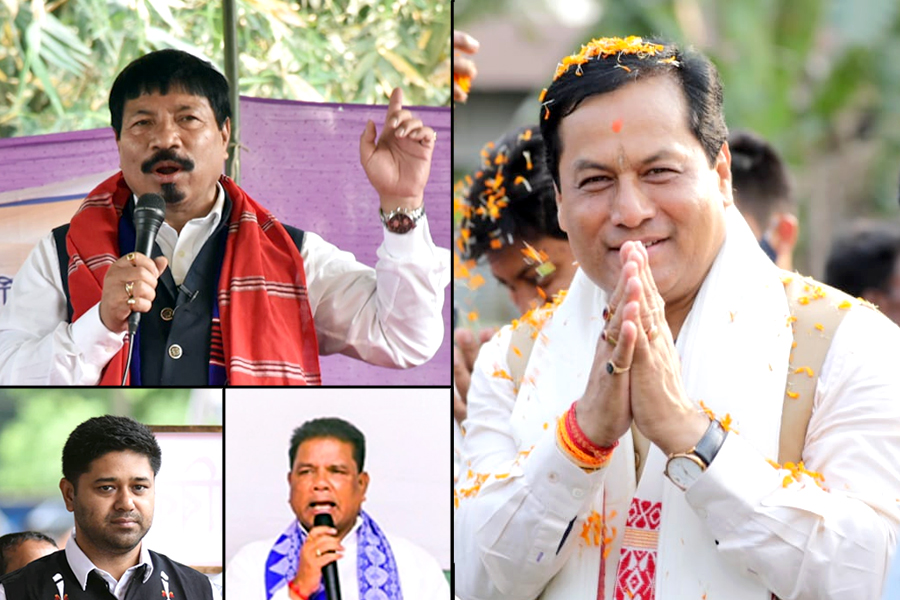 To give them august company, chief minister Sarbananda Sonowal is also contesting in the first phase from Majuli.

While Congress candidate Ripun Bora is contesting from the high-profile seat of Gohpur, AGP chief Atul Bora is fighting from his comfort zone Bokakhat. Meanwhile, AJP chief Lurinjyoti Gogoi is contesting from 2 seats; Naharkatia and Duliajan.

On the other hand, jailed activist Akhil Gogoi is set to fight his first election from Sivasagar. He had earlier planned to contest from both Sivasagar and Mariani, but later withdrew from the latter.

Gogoi has been in custody since December 2019 when he was arrested during the anti- CAA protests in Assam.

Assam Congress chief Ripun Bora had earlier exuded confidence that the grand alliance will win at least 40 out of 47 seats that go to polls in the first phase of elections in the state.

The BJP leaders have been constantly slamming him for stitching an alliance with the AIUDF, with a senior party leader commenting that Ripun Bora can only become a ‘CM in Bangladesh’.

Elected as the president of the regional party in 2014, Ripun Bora is currently the minister for Agriculture in the Assam Cabinet. Bokakhat is seen as a safe seat for him, where his opponent is Pranab Doley of the Anchalik Gana Morcha.

The two regional parties, AJP and Raijor Dal, have the ability to disrupt the political equations of both the BJP and the Congress. The future of these two parties rest on the poll performance of Akhil and Lurinjyoti Gogoi.

Final preparations are afoot at Nehru stadium in Guwahati for the auspicious occasion of Vijaya Dashami tomorrow. In a first of its kind programme in Assam, a 3D holographic show which will present a live image of Lord Ram has been set up for tomorrow for the Vijaya Dashami and Dussehra rituals. If that was […]