CM Sangma said that the Meghalaya Democratic Alliance government is committed to resolving the border dispute at the earliest. 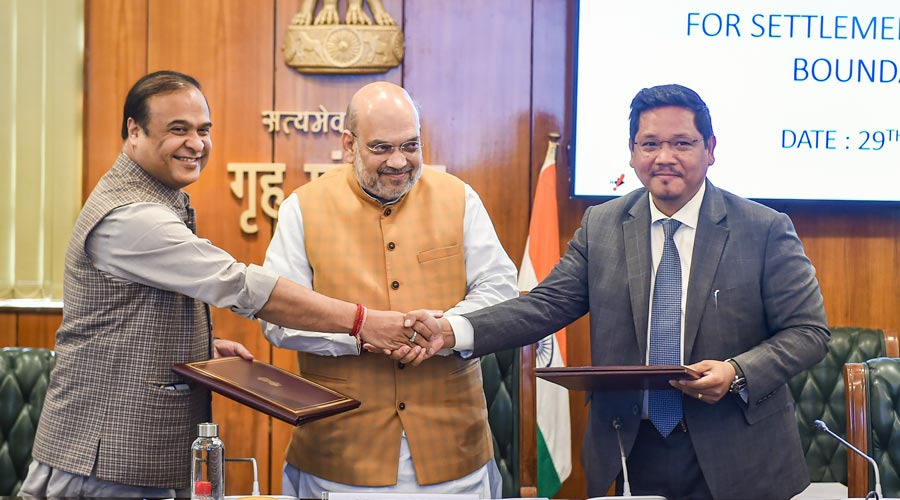 Despite continued opposition from several quarters to the inter-state border agreement, the Meghalaya government has decided to commence the second phase of border talks with Assam post-August 15th in a bid to resolve the dispute in the remaining 6 areas of difference.

Chief Minister Conrad K Sangma informed this after meeting a delegation of the Synjuk Ki Rangbah Shnong Border Area Raid Nongtung which is a conglomeration of traditional headmen.

Sangma said that the Meghalaya Democratic Alliance government is committed to resolving the border dispute at the earliest.

The Meghalaya chief minister further informed that on the sidelines of the recent Niti Aayog meeting, he had a detailed discussion with his Assam counterpart Himanta Biswa Sarma and it was decided that the 1st meeting of the 2nd phase of border talks will be held in Guwahati after the Independence Day celebrations.

Accordingly, regional committees will be formed to take things forward.

Expressing confidence that the two states will also find a solution for the remaining six locations, the chief minister however said it is a process that will take some time.