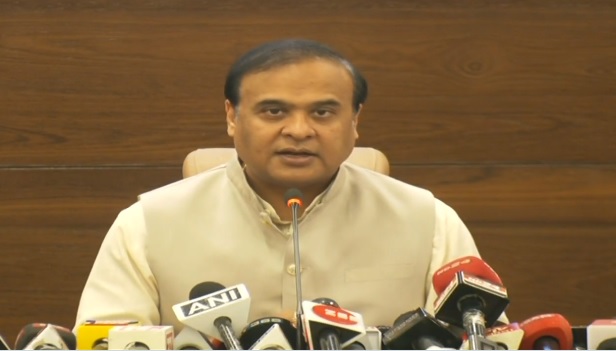 In a big cabinet decision the Assam government has decided to book men who marry girls below 14 years in the state under the Protection of Children from Sexual Offences (POCSO) Act. This was informed by Chief Minister Himanta Biswa Sarma today during a press briefing.

“Men marrying girls in the age group of 14-18, will be tried under the Prohibition of Child Marriage Act, 2006 and necessary steps will be taken against them under this law,” the chief minister said.

The Assam Chief Minister also informed that Assam Police has been ordered to launch a massive crackdown on child marriage in the next 15 days.

Himanta Biswa Sarma maintained that the operation will not target any particular community.
Chief Minister Sarma informed about this while he expressed grave concern about the details that have come to fore in the NFHS (National Family Health Survey)-5 in Assam.

Sarma informed that 11.7% of women between the age of 15-19 years have already become mothers or pregnant as found during the NFHS Survey 5. What is more alarming is the fact that this is far higher than the national average of 6.8%.

As per the NFHS-5, Dhubri topped the list of women between the age of 15-19 years who have already become mothers or pregnant with 22.4%, followed by South Salmara 22% and Darrang with 16.1%. The lowest was recorded in Charaideo district with 3.8%.

As per the Reproductive Child Health portal, the teenage pregnancy rate was recorded to be the highest in Barpeta with 28.30%, followed by Dhubri+South Salmara with 26.87% and Goalpara with 23.39%. The lowest Teenage Pregnancy Rate has been recorded in Eastern Assam’s Tinsukia, where figures stood at 7.57%. Meanwhile, the Teenage Pregnancy Rate in Kamrup (Metropolitan) stands at 9.39% as on January 17, 2023.