Earlier on July 15, Assam and Arunachal Pradesh signed the Namsai Declaration in a bid to resolve the inter-state border issue.

The Assam chief minister stressed that all issues can be resolved through talks.

It may be mentioned that the 70-year-old border dispute between Assam and Arunachal is likely to be nearly resolved by year end with the 2 states working on a war footing to resolve the issue.

Assam Chief Minister Himanta Biswa sarma reiterated that the dispute in 37 of the total 123 villages has been resolved and the focus would now be on the remaining 86 areas of difference.

Earlier on July 15, Assam and Arunachal Pradesh signed the Namsai Declaration in a bid to resolve the inter-state border issue.

The declaration was signed after the Chief Ministers of both states held a crucial meeting on Friday along with cabinet ministers from both sides.

The Namsai Declaration talks about 86 disputed villages in this regard. To resolve the disputed spots along the inter-state border, both states have agreed to form regional committees which will visit the disputed sites a few times.

12 regional committees will be formed and they would submit their reports by September 15 after visiting the sites. Based on the reports submitted by each committee, the talks shall move forward.

Meanwhile, the Namsai Declaration would be sent to Prime Minister Narendra Modi for his acceptance. CM Sarma also said that out of 123 villages, the issue regarding 37 disputed villages have been resolved.

It was also stated that the border dispute between the two states will be resolved by the end of this year. 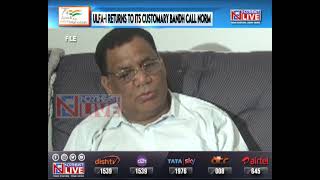