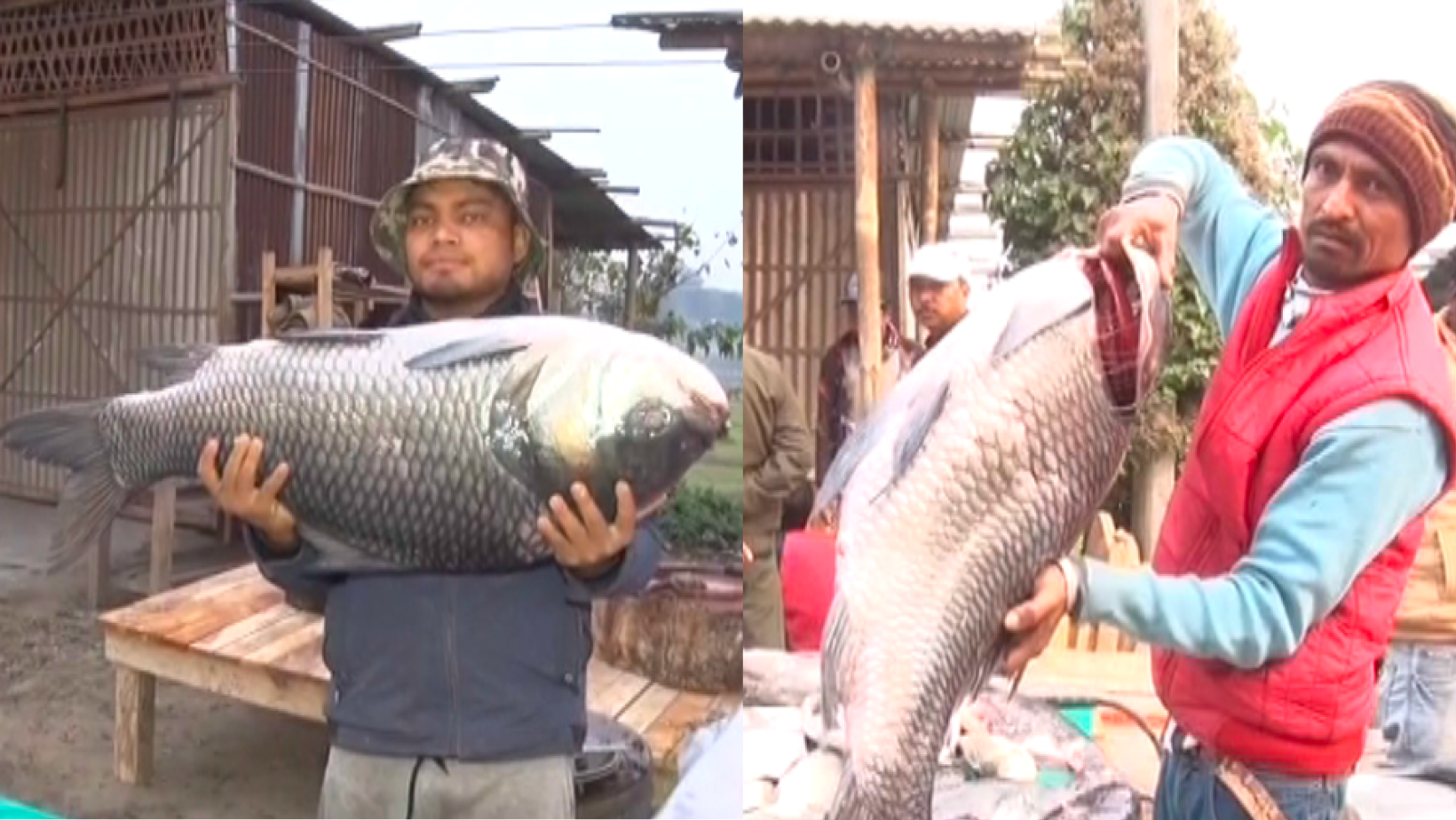 Uruka night is all about community feasts, feasting by the bonfire and merry making. This is that time of the year when every Assamese household is happy to celebrate Magh or Bhogali Bihu, one of the three important Bihus of the state. Rongali or Bohag (marking the Assamese New Year), Magh or Bhagali (feasting and merry making post a good harvest) and Kati or Kangali Bihu (praying for a good harvest) are the most important festivals for every Assamese across the state and the globe.

Today is Uruka. It marks the beginning of Magh Bihu. It is celebrated by having community feasts, making a variety of food items, both sweet and savoury, doi-sira, cream, pitha – laru are the must haves during Magh Bihu.

What is Uruka?
Uruka marks the eve of Magh Bihu, the night before Magh Bihu starts. Uruka is all about have dinner and feasts with your family and friends. Magh Bihu is mostly about eating together and enjoying together. Fish is an integral part of the dinners and the feasts and people throng fish markets and river banks from very early in the morning to get the best catch. People also go for community fishing.

Prices of fish soar during this time. Other then fish, duck dishes, meat, chicken, boiled and fired eggs, leafy greens, variety of potatoes, particularly kath aloo are must haves as part of the feasts during Magh Bihu. In fact, the feasting does not stop on Uruka night or the night after. The feasting continues for the Assamese people for almost 15 days to the entire month.

What is Magh Bihu? How is it celebrated?

Magh means the Magh month according to the Hindu calendar, and Bhogali meaning bhog, abundance or enjoyment, feasting. Magh Bihu which is a harvest festival, is celebrated from January 13 and the feasting goes on at least for a week. With the granaries full, every Assamese household makes a variety of pitha (sweet delectable made of rice flour with a filling either of grated coconut and jaggery or sugar called the narikol (coconut) pitha or a filling of black sesame (til) and jaggery or sugar called the til pitha).

Building meji and bhela ghars are part of the Magh Bihu celebrations. A bonfire is lit on Uruka night and people gather around it singing Bihu songs and dancing Bihu. The feast also happens around the bonfire. The next morning, mejis, cone-shaped structures made of hay, bamboos and other dry things are lit early in the morning after taking bath. People offer prayers while burning the meji and maah korai, a crackling mixture of dry roasted peanuts, rice, green gram, black sesame flavoured with mustard oil and salt is enjoyed as the meji burns. The warmth of the burning meji amid the January morning chill adds to the overall excitement and enjoyment.

Bhela ghars are made in the open fields. These are make-shift thatch houses where youngsters spend the night and have fun.

During Bhogali (Magh) Bihu there are a lot of delicacies which are made like – ghila pitha, tilor laru (black sesame seed sweet balls or laddoos), narikolor laru (grated coconut sweet balls or laddoos), gakhir (milk) pitha, tel (oil) pitha, chunga (hollow bamboo) pitha, tekeli or tekli mukhot diya pitha made by steaming a mixture of grated coconut and rice flour with sugar in the lid of a kettle. The content is wrapped in a muslin cloth and tied to the kettle lid and steamed. Doi (curd) sira (flat rice) with jiggery is a must have during Magh Bihu. Sira or komol saul with curd or cream and jaggery is a hot favourite during Magh Bihu.

In the rural areas, buffalo fights, egg fights, tekeli bhonga (pot breaking) are some of the popular traditional Assamese games played during Magh Bihu. To sum it up – Magh Bihu is about feasting and merrymaking, playing games and having fun.