The government will not tolerate any “act of insanity” and each and every culprit involved in the alleged APPSC Paper Leak Scam will be handled with iron fist. 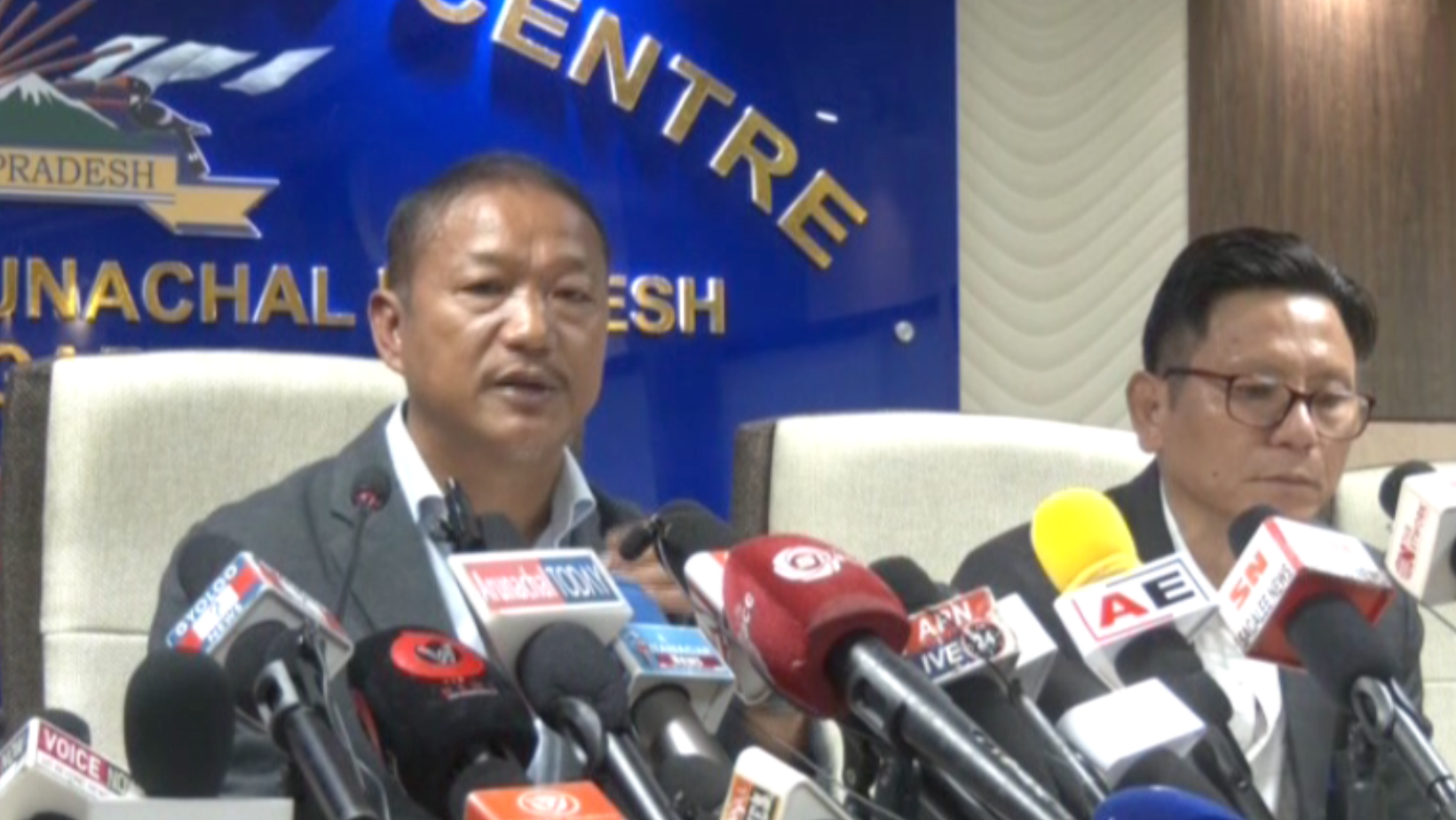 Each and every culprit will be handled with iron fist, said Arunachal Pradesh Home Minister, Bamang Felix in a press briefing held in reference to the protests, rallies and the 12 hour Itanagar bandh called by the All Nyishi Students’ Union (ANSU) on December 27, 2022.

Talking tough, the minister said, “Government will not tolerate this act of insanity. Since the day the paper leak matter came to light, the government has been acting on it and has taken several steps”.

Minister Bamang Felix said that the APPSC fiasco is just not a mistake or a blunder, but it is a blatant attack on the government’s trust and confidence in the system.

“Some handful of selfish, greedy, and mindless individuals who were in the helm, played with the emotions and ruined the lives of thousands of our youths,” Minister Felix added.

During the press meet, the Minister also briefed about the actions taken by the state government concerning the APPSC paper leak fiasco.

The APPSC exam paper leak issue have been discussed in the cabinet meeting four times so far since the first case was registered by Capital Police on September 10 to investigate allegations of paper leakage in AE Civil Mains exam 2022, conducted by the APPSC, on complaint by aspirant.

1.An urgent meeting of the State Cabinet held on 21st September, 2022.

• Accordingly, the Hon’ble Cabinet constituted a High Level Committee to inquire into the entire episode of paper leakage in Recruitment of Engineers conducted by AP PSC and submit report within 15(fifteen) days.
• High Level Committee Constituted for inquiring into the AE(Mains) Paper Leakage issue in the APPSC. (Principal Secretary (Fisheries), Chairman, Commissioner (Law) Member and Secretary (AR) Member Secretary) and the Committee submitted its report.
• Based on interrogation of arrested coaching institute teacher, an aspirant arrested and interrogated by SIC. His revelations led to arrest of a broker and official of APPSC one (Deputy Controller of Exams).
• Case transferred to the SIC on 26th September 2022, invokes Prevention of Corruption Act.
• SIC interrogates accused and broaker. Names of multiple beneficiaries emerge. Accordingly, arrests were made. One Candidate got bail from the Hon’ble Gauhati High Court bench at Itanagar
• Name of another broker revealed. He applies for anticipatory bail which is rejected, he elopes.

Decisions taken by the Cabinet are following:

• Merger of Cadre of APPSC with Secretariat Common Cadre, and deployment of required manpower in the APPSC from APCS and Secretariat Common Cadre.
• Approved to enact a special law for effective measures to prevent and curb the offences related to leakages of question papers and use of unfair means at public examinations.
• Best practices with reference to Standard Operating Procedures (SoPs) and guidelines to be followed by the AP PSC after studying the SoPs of other Commission/Board etc in the conduct of examination for selection to various posts to ensure transparency and fairness in the conduct of examinations.

• The Chairman, APPSC Shri Nipo Nabam resigned on moral ground on 14.10.2022.
• CBI team headed by Joint Director arrives
in Itanagar to take the case from SIC.
• Cabinet decided to make reference to Supreme Court under Article 317 (1) of the Constitution for removal/dismissal of Members.
• CBI takes over case on 26th October, 2022.
• On 31/10/2022 ordered merger /encadrement of posts of APPSC into common cadre of Secretariat as per the Cabinet decision.
• A two Member Committee ( Secretary Land Management and Joint Secretary(AR) constituted on 31/10/2022 to recommend SOP and Guidelines for conduct of examination in APPSC after studying the procedures followed in other Commissions/Boards in conduct of examination for selection for various posts.
• 3 Members of APPSC resigned. AR Department Notified Advertisement for filling up of the vacant post of Chairman and Members vide advertisement dated 21/11/2022 with 12th December 2022 last date of submission of Application(online).
• Total 34 Officers/Officials both AP PSC and other departments were arrested against this case.
• State Government departments issued transfer and posting of officers/officials in APPSC.
• As per report of SIC, second broker surrenders before court on 2nd November, 2022.
• A second case (SIC PS C/No. 12/2022) was registered on 19th October, 2022 by the SIC on complaint of eight deprived candidates of APPSCCE-2017 against the accused and few selected candidates, regarding alleged paper leakage in APPSCCE-2017 and irregularities in other exams.
• Multiple complaints received regarding irregularities in other exams conducted by the APPSC, since 2017 till date. All complaints merged into the case 12/2022 for thorough investigation.
• Blanket approval for investigation into all exams conducted by the APPSC since 2014 till date given by the Govt.
• Numerous raids, and house searches conducted and are ongoing across the State during the investigation.
• Case being represented appropriately before all concerned courts including the High Court. So far no accused has been granted bail.
• Disclosure statements of all accused taken on record.
• SIC will charge sheet the case in a time bound manner before the court.
• Govt. has written to the CBI to take over the second case.

The Cabinet also decided that disciplinary proceedings against the arrested officers /officials will be expedited with inputs from SIC to be incorporated. The concerned departments forthwith update the status of departmental action cases against the suspended/arrested/compulsorily retired/dismissed officials and a consolidated report shall be placed before the Cabinet and in public domain.

It may be mentioned that yesterday Minister Felix held a meeting with ANSU leaders requesting them to call off the bandh as such shutdowns hit people’s livelihoods.

However, despite lengthy discussions with the Home Minister, the ANSU decided to go ahead with the 12 hour band call on December 27 (tomorrow) from 5 AM to 5 PM.