Seven years of anticipation for their abducted father and the final resurgence of hope from the recent success story of abducted Arunachali youth Miram Taron. Family members of Tapor Pullom 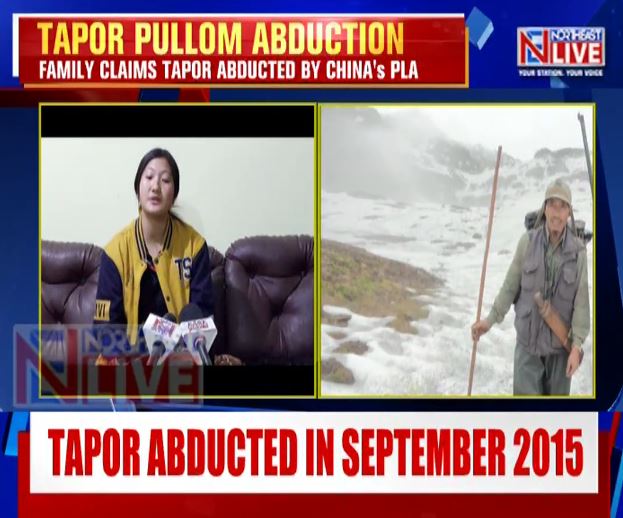 Seven years of anticipation for their abducted father and the final resurgence of hope from the recent success story of abducted Arunachali youth Miram Taron. Family members of Tapor Pullom have been running from pillar to post since he was abducted by China’s PLA back in September 2015, from the Line of Actual Control in Monigong area in Shi-Yomi district of Arunachal Pradesh.

Addressing the media, Tapor Pullom’s daughter-in-law Amoni Diru, narrated the incident how her father-in-law was abducted by China’s PLA during a hunting expedition and how the lone eyewitness, Tapor’s companion, decided to stay mum on the incident.

Attempts were made by the family to bring back Tapor, however, resources and connections were out of reach. The family had also carried out several search operation with the help of locals as both the Military and Police refused to take up the issue, saying that they were not authorised to handle border issues.

However the recent success story and the widespread media coverage of Miram Taron, the abducted Arunachali youth, who was returned by the PLA after a week of captivity, has once again, rekindled hope for the family and decided to seek help from the media.

Still, despite the media coverage and the attention, the family is yet to receive any news of comfort from the Government. Amoni Diru said, the family will continue looking for Tapor Pullom, no matter how long it takes until they receive news of his whereabouts.