It seems that the mystery over the mass death of fishes in the Kameng river has finally been solved. A special team following the course of the river upstream discovered 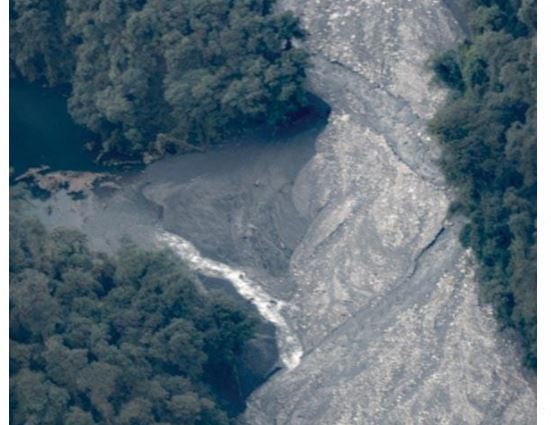 It seems that the mystery over the mass death of fishes in the Kameng river has finally been solved. A special team following the course of the river upstream discovered massive erosion at the banks of Warriyang Bung river, one of the tributaries of the Kameng.

“Intense erosion of the Warriyang Bung river’s bank, resulted in the deposition of mud, debris, boulders, and trees,” informed DC Pravimal Abhishek Polutmatla, who was part of the fact-finding team.

“As per the independent researcher and the observations based on aerial survey and satellite imagery, the width of the Warriyang Bung river has increased to a certain extent due to erosion and approximately up to 30 km downstream,” he further added.

According to the initial aerial report no water body has been formed along the tributary, however, its banks have widened. The district administration is constantly monitoring the situation, especially for the next 48 hours.

After the Kameng river turned turbid on October 26th leading to scores of fish dying and floating in the river authorities started physical inspection of the river at various locations. While scouring for the source of Kameng’s turbidity they found the water of its tributaries Para, Pakke, Pachuk, Pachi and Pacha to be clear leaving the Warriyang Bung river.

Earlier it Seth, the independent researcher part of the team had found that debris flow was visible along the  Warriyang Bung river, in Marjangla. It is believed that the glaciers present at Bung’s source had moved carrying large debris along its way.