The Siyom Bridge on the Along-Yinkiong Road will facilitate faster movement of troops, heavy equipment like howitzers 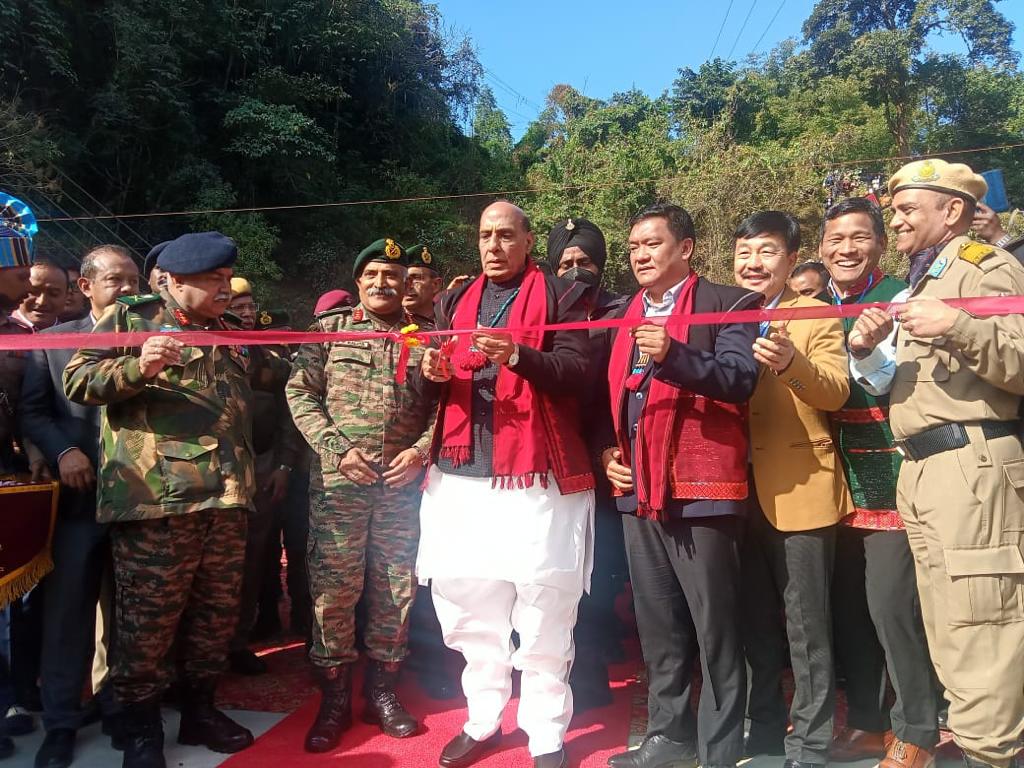 It was a historic moment for the entire nation as well as Arunachal Pradesh as Defence Minister Rajnath Singh inaugurated the strategic Siyom Bridge at Boleng today.
The Siyom Bridge is one of the 28 projects completed by the Border Roads Organisation at a cost of Rs 724 crore to strengthen border infrastructure. This significant development comes amid the border issue with China and will certainly augment India’s border infrastructure, mostly along the Chinese border with Arunachal along the Line of Actual Control (LAC).

Inaugurating the Bridge, Defence Minister Singh sent out a strong message when he said, “India has never started a war nor captured an inch of land of any country. India has always believed Vasudhaiva Kutumbakam which means the whole world is a family. But nobody should take this for granted. If India is a worshiper of Peace, India can also be a worshiper of Power”.

During his address Rajnath Singh also said, “In this era of changing times and changing priorities, policies and interests of other nations, it is necessary for any nation to keep itself secured and empowered. India has always been against war but our Armed Forces are always ready to face any kind of situation and the BRO (Border Roads Organisation) is always walking with them.”

The Defence Minister was all praise for the BRO. He said, “I used to confuse BRO with ‘Bro’ means brother, but after seeing the work they are doing, they are actually brothers of our Armed Forces and the people.”
Rajnath Singh once again reiterated the Centre’s thrust on developing infrastructure and improving the lifestyle of the people in the country, especially in the North-East areas.

“These roads are significant from the strategic point of view too,” Singh added, highlighting Prime Minister Narendra Modi continued focus on the development of the northeastern region.

The Siyom bridge on the Along-Yinkiong Road – a 100-meter ‘Class-70’ steel arch superstructure – will facilitate faster induction of troops, movement of heavy equipment like howitzers and mechanised vehicles to forward areas of the Upper Siang district, Tuting and Yinkiong regions along the LAC (Line of Actual Control) with China. The Bridge has been built by the BRO.

The development of the Bridge gains significance in the backdrop of the recent clash between the Indian Army and the Chinese PLA on December 9, 2022 in the Tawang sector of Arunachal Pradesh.

PLA troops tried to transgress the LAC in the Yangtse area of Tawang sector and unilaterally change the status quo. The Chinese attempt was thwarted by our troops in a firm and resolute manner. The ensuing face-off led to a physical scuffle in which the Indian Army bravely prevented the PLA from transgressing into our territory and compelled them to return to their posts.