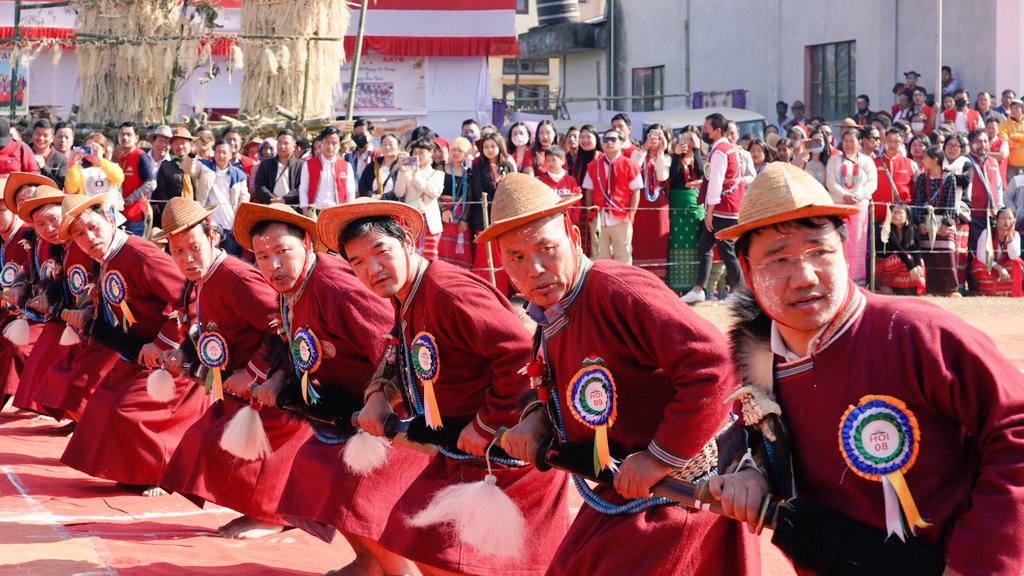 The Tagin community of Arunachal Pradesh is celebrating the Si-Donyi festival today.

Every year, Si Donyi is celebrated in the month of January, which marks the beginning of the New Year. The festival is observed for the well-being of the community residing in Upper Subansari and in West Siang district and mankind as a whole.
The name Si-Donyi is derived from two words: “Si,” which means male spiritual form of the earth, and Donyi, which means female spiritual form of the Sun.
So during the festival, the sun, the earth, and other deities are worshipped.

He tweeted, “Si Donyi is our supreme guardian who protects and takes our good care.

On the joyous occasion of Si Donyi Festival, my warm greetings to dear Tagin sisters and brothers.

Come let us together celebrate our splendid culture and tradition with joy and gaiety.”