AM questioned the role of Rajiv Gandhi University Vice Chancellor Prof Saket Kushwaha in the recruitment of the Raj Bhavan secretariat staffers. 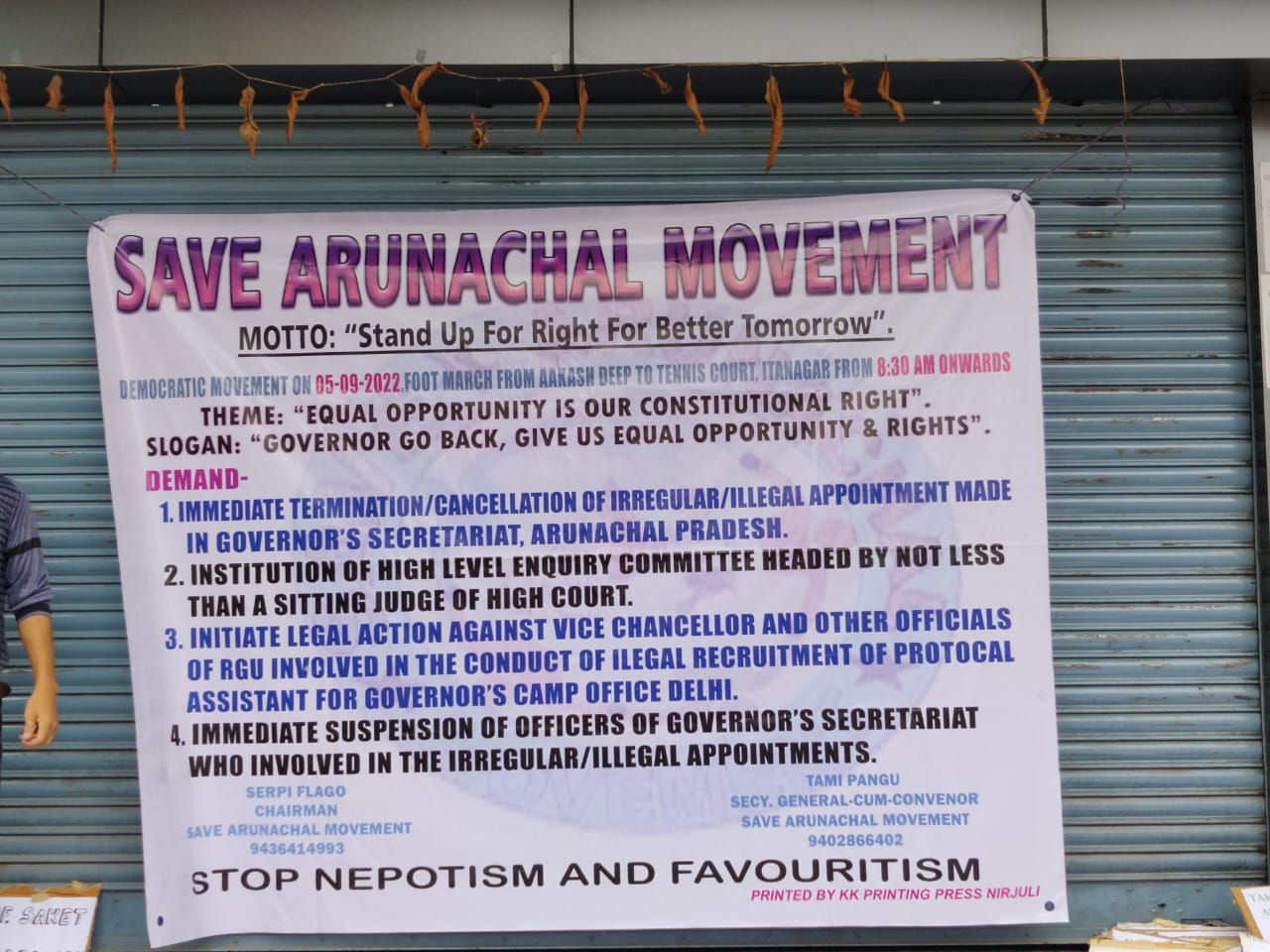 Reiterating its stand against the alleged illegal appointment, the “Save Arunachal Movement” today staged a rally from Akashdeep to the tennis court.

Accusing the Raj Bhavan of indulging in corrupt practice by making appointments to various secretariat staff posts, including the post of the assistant protocol officer, the SAM demanded the immediate job termination of three illegal appointments made in the governor’s secretariat in Arunachal Pradesh.

In addition, the SAM also demanded the institution of a high-level inquiry committee headed by not less than a sitting judge of the high court.

The movement requested for initiation of legal action against the vice chancellor and other officials of RGU involved in the conduction of illegal recruitment of protocol assistants for the governor’s camp office in Delhi.

The movement demanded immediate suspension of officers of the governor’s secretariat who were involved in irregular or illegal appointments.