Assam Chief Minister Himanta Biswa Sarma on Thursday directed the police to file a criminal case in connection with the boat accident in the Brahmaputra river near Neematighat in Jorhat district that claimed one life while two persons are still missing.

The Chief Minister visited the mishap site today and took stock of the current situation and monitored the rescue operations carried out by the NDRF and SDRF. Rescue operations are currently underway to locate the missing boat passengers. 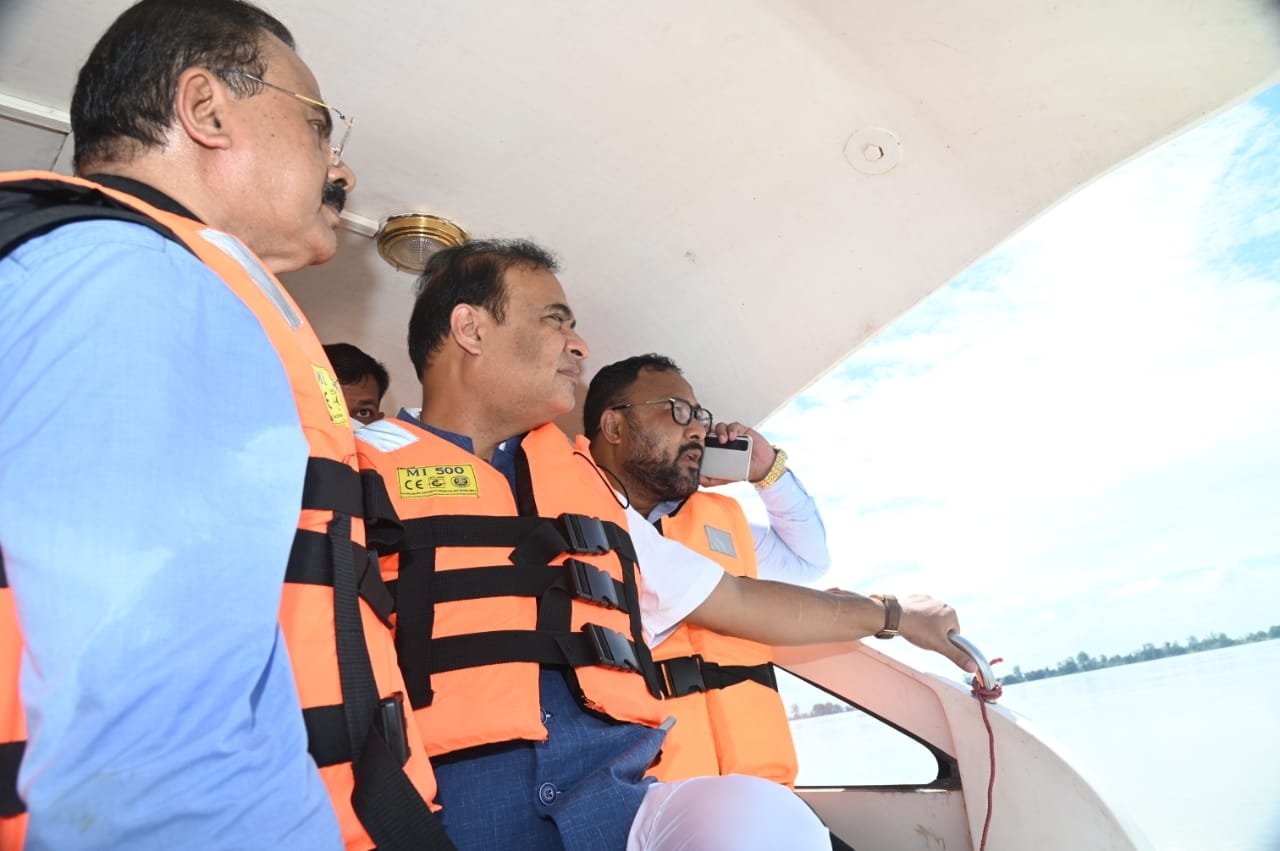 The Chief Minister said that Jorhat District Administration has been directed to register a criminal case on the accident. A high-level inquiry will also be instituted today. Already three officials of the Inland Water Transport Department have been placed under suspension.

Speaking to the media CM Sarma said, “From today, plying of all private ferries will be stopped as they run on single-engine and do not have a marine engine. However, if the owners wish to convert the single-engine to the marine engine, State Govt. will provide a grant of Rs. 10 lakh with a 75% subsidy.”

“There are four Govt. ferries presently available to render service between Kamalabari and Nimatighat. Apart from the ferries, two Ro-Pax are also available. Govt. will send two more ferries to Majuli soon. To ensure uninterrupted service of the Ro-Pax throughout the year, dredging between Kamalabari and Nimatighat will be carried out to create a navigation channel”, added the Chief Minister.

Government will also issue an SoP regarding health examination, the fitness of those working on the boats.

CM Sarma also informed that construction of the bridge connecting Jorhat with Majuli is underway and it will take four years to complete the bridge. A Group of Ministers (GoM) will also be formed to review the progress of construction.

The CM also said that he will interact with the parents of Parimita Das, who succumbed to the boat accident and extend all needful support from the government.

According to a survivor, it helped since there was no car on the boat. “Had cars been there our exit would have been blocked”, she said. ” We managed to jump overboard,” she said. There were several two-wheelers though, but those did not pose any problem.

The boat was located about two kilometers away. ” It was overturned and had to be cut open to look for passengers, but only a few articles like bags and helmets were found,” CM Sarma said.

The wreckage of the boat, which was found overturned around 1.5 km downstream of the mighty Brahmaputra, was cut open from the base by NDRF and SDRF divers, but nobody was found inside it, Jorhat Deputy Commissioner Ashok Barman said.

As ‘Ma Kamala’ was run by private parties, they did not have any system to give tickets to passengers. So, the initial estimate of the passengers on board varied from 80 to 150 as per eyewitness accounts.

A total of 90 persons were travelling on the ill-fated private boat. Out of them, one person died and two are still missing. 87 persons were found alive in the search and rescue operations.