The Inland Water Authority of India (IWAI) on Thursday joined hands with the Hooghly Cochin Shipyard Ltd (HCSL) to set up a new Ship Repair Facility at Pandu in Guwahati at a cost of Rs 75 crore.

The agreement for the project was signed in presence of Union Ports, Shipping and Waterways Minister Sarbananda Sonowal and Chief Minister Himanta Biswa Sarma in the city. 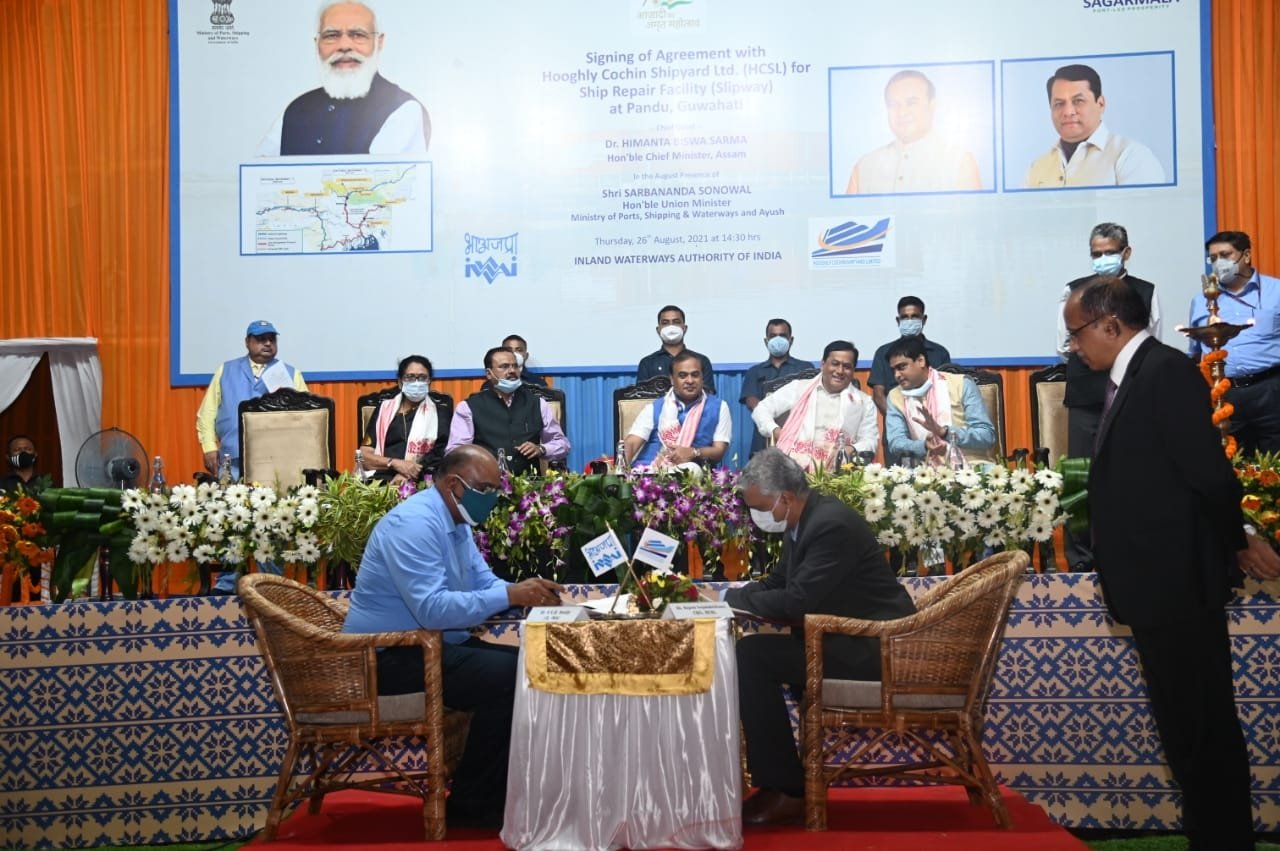 The Memorandum of Understanding (MoU), provides for the facility – also known as Slipway – to be developed on 3.67 acres of land provided by the Assam government and is expected to be completed by August 2023.

“The facility is to be built at an estimated cost of Rs 75 crore. The technical support will be provided by IIT Madras,” an official release said.

Sonowal said that this endeavour is another step towards augmenting the economic development of the region with special emphasis on waterways connectivity for movement of cargo from the region.

He stated that rivers will fuel Assam and Northeast’s growth, and these waterways will be developed so that prosperity and employment opportunities can be ensured.

“Given the expected rise in vessels transporting cargo from the region, there will be an increasing demand for ship repair and maintenance. At present, for this type of repair, ships are sent to Kolkata,” Sonowal said.

Sarma in his speech said that there are nearly 200 vessels plying on the rivers of Assam.

“Now, with this facility in Guwahati, repairs will be done here which will save time and money. Prime Minister Narendra Modi has been putting lots of emphasis on development of roads, railways, waterways, airways and internet connectivity in the NE for faster development,” he added.

Sarma also requested the Union Minister to set up a maritime-cum-shipping institute in Assam so that required manpower for the emerging sector can be trained. PTI