India on Thursday condemned the deadly bomb blasts near Kabul airport that targeted crowds trying to flee Taliban-controlled Afghanistan, saying the world needs to stand united against terror. India also expressed sympathy for the families of those killed or injured in the attacks.

“India strongly condemns the bomb blasts in Kabul. We extend our heartfelt condolences to the families of the victims of this terrorist attack. Our thoughts and prayers also go out to the injured,” the external affairs ministry said in a statement.

The two bombing attacks outside Kabul’s airport came as the United States and other Western countries raced to complete a massive evacuation of their citizens and Afghan allies following the Taliban takeover of the country. 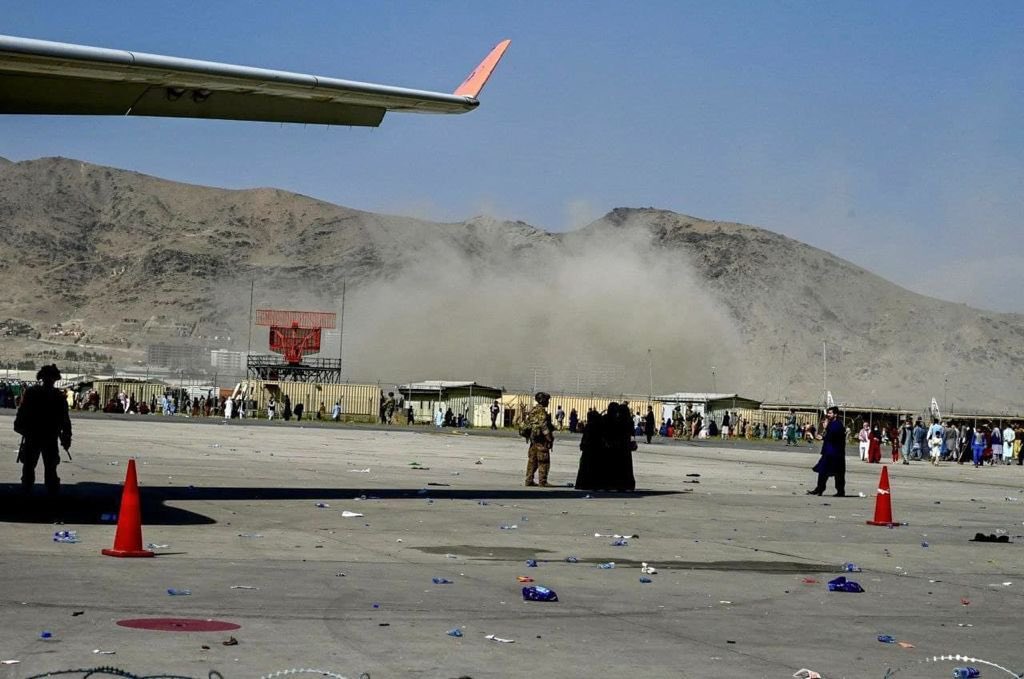 Over 100 people were killed, including at least 13 US servicemen and 90 Afghans, at the Kabul airport on Thursday when two blasts ripped through crowds trying to enter the American-controlled facility, disrupting US’s evacuation effort.

The attack marked the deadliest day for the US military in Afghanistan since 2011, and came just five days before the Biden administration’s deadline for the complete military withdrawal from the country.

President Biden on Thursday evening said he was heartbroken by the violence and vowed to retaliate for the attacks, while promising to continue evacuation efforts.

“To those who carried out this attack, as well as anyone who wishes America harm notice, we will not forgive. We will not forget.We will hunt you down and make you pay,” Mr. Biden told reporters at the White House. He said he had instructed his national security advisers to develop response plans to the attack.