Manipur government on Saturday felicitated 5 sportspersons from the State, who participated in the recently concluded Tokyo Olympics, at a grand reception held by the Department of Sports and Youth Affairs in Imphal’s Khuman Lampak Stadium.

“I’m happy to felicitate our 5 Manipuri Olympians at the grand reception held in presence of of Hon’ Union Minister @prahladspatel Ji, Hon’ Ministers, Hon’ MLAs & Officials. During the reception, we have handed over cash reward & jobs for the Olympians which was announced earlier,” CM Biren Singh tweeted. 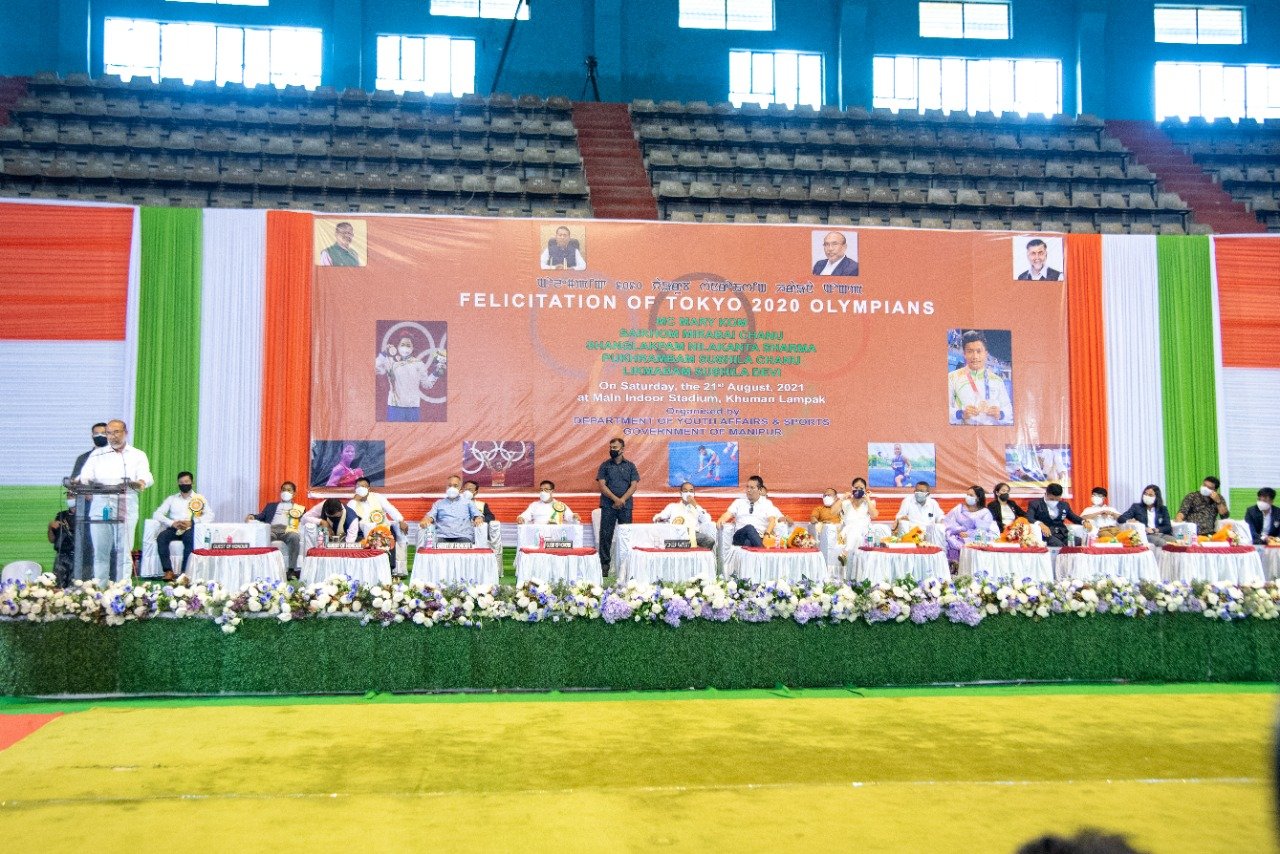 Meanwhile, Judoka Sushila Devi has been promoted to the rank of an Inspector.

It needs to be mentioned here that Silver Medalist Mirabai Chanu has been appointed as an Additional Superintendent of Police.