Manipur is eyeing to become the largest oxygen producer in the Northeastern region. Giving a fillip to the healthcare infra in the State, Chief Minister N Biren Singh on Tuesday inaugurated a 20 KL cryogenic liquid medical oxygen plant at Porompat in Imphal East.

The cryogenic liquid medical oxygen plant has the capacity to refill almost 200 D-type oxygen cylinders. This is the second such oxygen plant in the state. 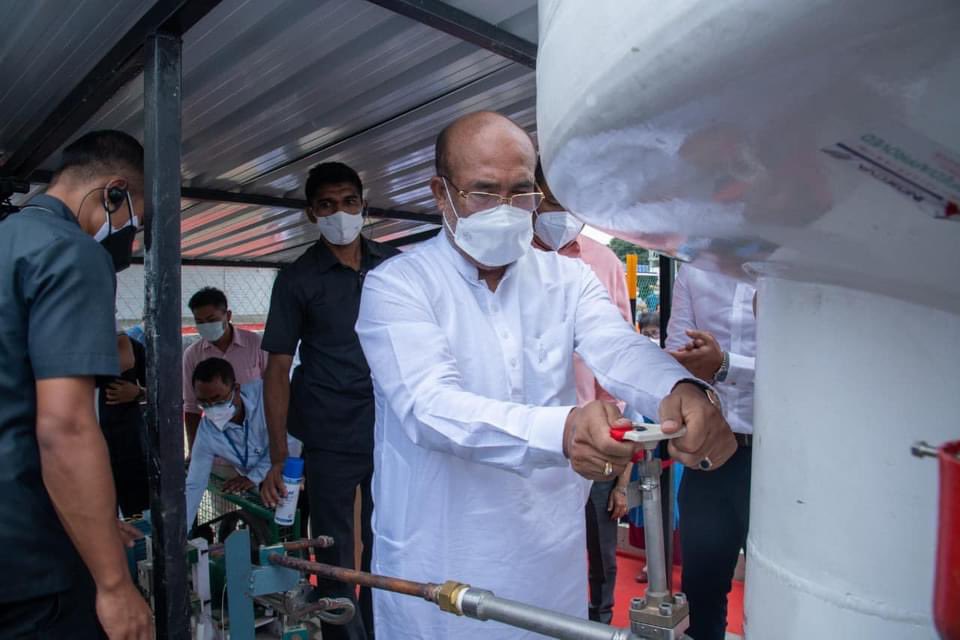 The State government is also mulling to set up more such PSA oxygen generating plants in the districts of Bishnupur, Tamemglong, Jiribam, Kangpokpi, Pherzwal.