Member of Parliament Rameswar Teli on Thursday took charge as Minister of State (MoS) for Labour and Employment. He represents Dibrugarh in Assam. 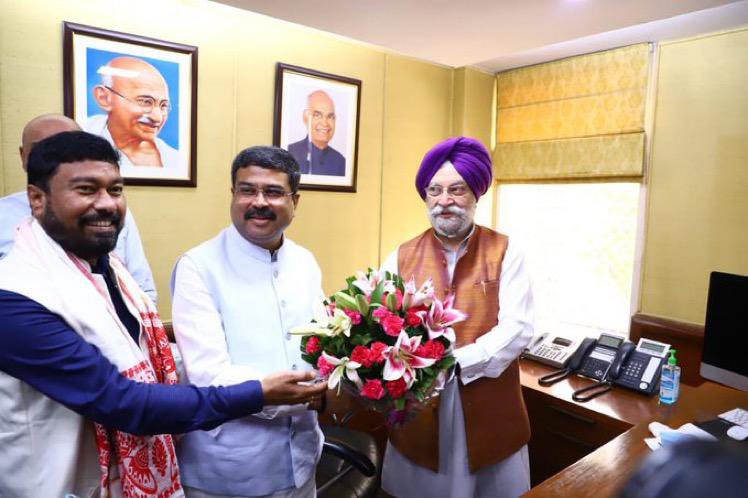 Speaking to Northeast Live, Teli informed that, he was born and brought up in Duliajan which is an oil rich town in Assam. Moreover, being a labourer himself before joining politics, he exuded confidence in performing well in his departments.

Teli also took the opportunity to thank Prime Minister Narendra Modi for his concern and commitment to the Northeast, he added that this is the first time in India’s history that five central ministers are from the region.

Har Ghar Dastak to ensure vaccination for all underway in Sikkim