A day after the mega reshuffle of the Prime Minister Narendra Modi-led cabinet, many of the newly inducted ministers took charge of their offices on Thursday. There was a slew of activities in the power corridors of New Delhi this morning, as newly-elected ministers arrived at their offices to take charge.

Some of the leaders who have assumed their new office include – Health Minister Mansukh Mandaviya, Railways and IT minister Ashwini Vaishnaw, Information and Broadcasting minister Anurag Thakur and Law Minister Kiren Rijiju. 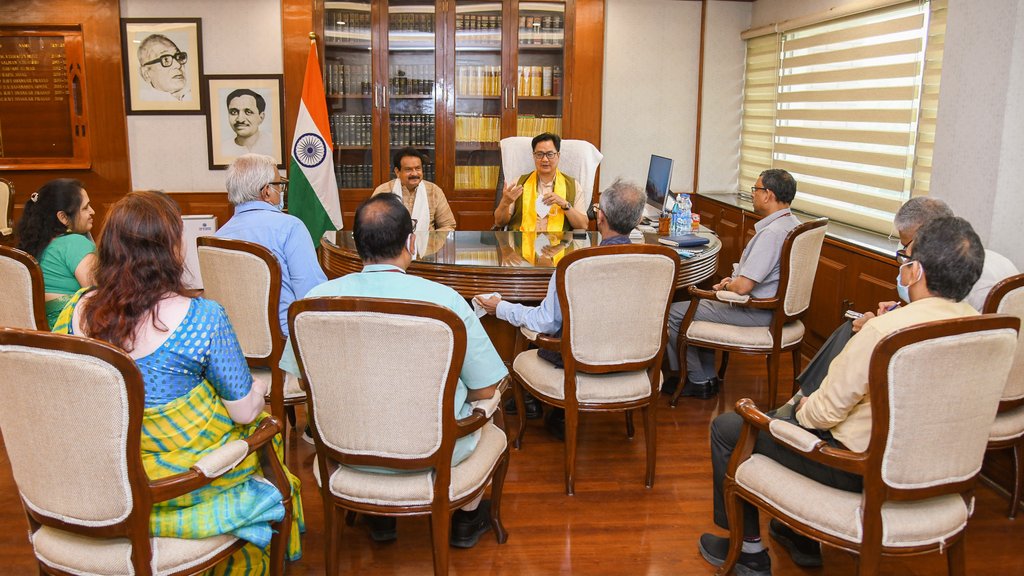 All the new ministers will meet BJP national president Jagat Prakash Nadda at party headquarters as they take charge of their new portfolios.

In first mega cabinet expansion, as many as 43 leaders including Jyotiraditya Scindia, Narayan Rane and Sarbananda Sonowal on Wednesday took oath as Ministers in the new cabinet. Fifteen cabinet ministers, including some new faces, were sworn in yesterday.

Four leaders from the Northeast also found place in PM Modi’s union cabinet and council of ministers. While former Assam Chief Minister Sarbanada Sonowal and MoS Kiren Rijiju have been sworn in as cabinet ministers. Manipur’s RK Ranjan Singh and Tripura MP Pratima Bhuamik were inducted in the union council of ministers.

Here is the full list of Modi govt ministers: