As a part of the state government’s initiative to develop the health infrastructure of the State, Chief Minister N Biren Singh on Wednesday handed over 10 Basic Life Support ambulances to 6 Autonomous District Councils (ADCs) of the State.

The distribution programme was held at the Western Gate of the Chief Minister’s Secretariat. 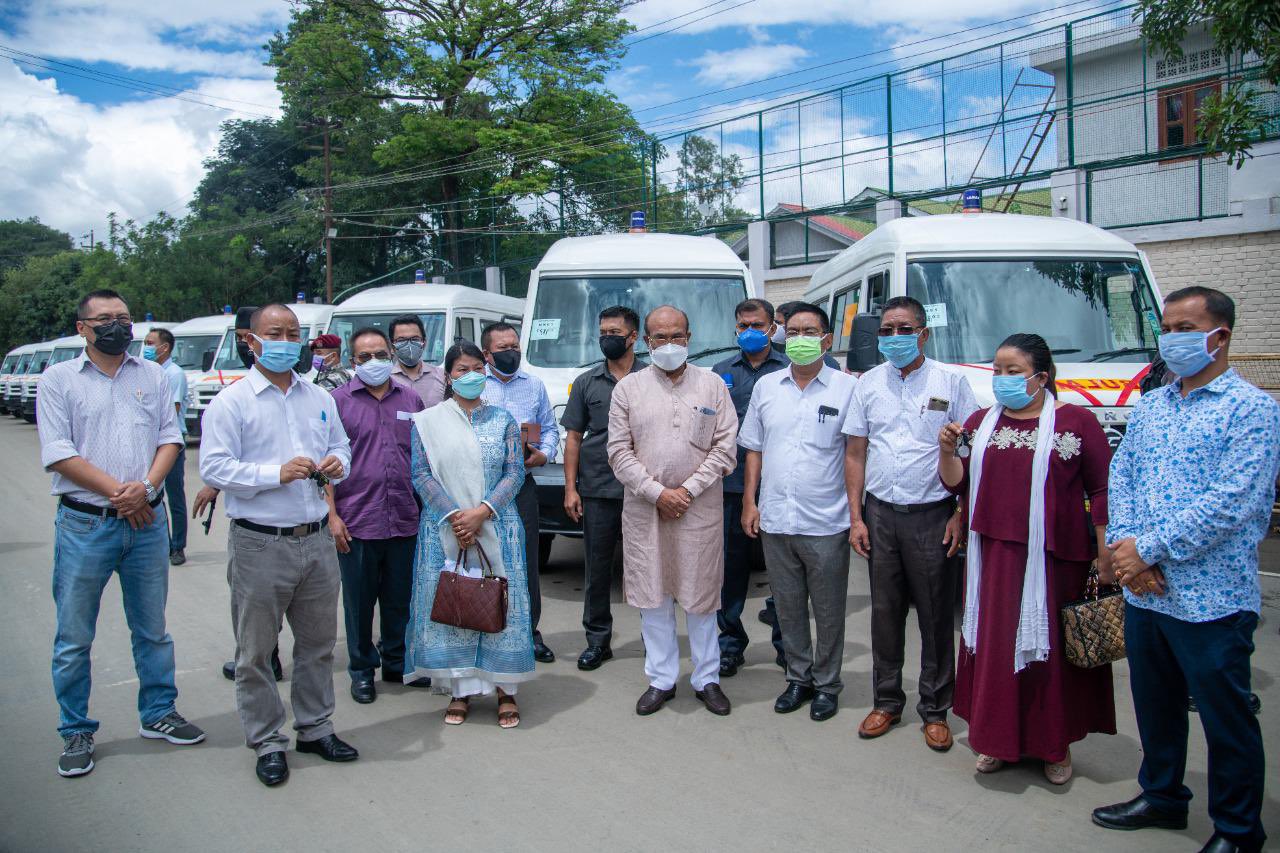 Two ambulances each were provided to the ADCs for 4 districts namely Churachandpur, Chandel, Kangpokpi and Ukhrul while one ambulance each to the ADCs of Tamenglong and Senapati District. The ambulances were received by the concerned Chief Executive Officers of the respective ADCs.

The ambulances were distributed to strengthen the infrastructure of the health sector at district level as well as block level under the initiative of the ADCs. The ambulances will be jointly utilized and maintained by ADCs and concerned District Hospitals.