The top Congress leader was defeated by BJP’s Utpal Bora with a margin of 14,118 votes.

In a letter to Congress President Sonia Gandhi, Bora stated and acknowledged “full responsibility of the humiliating defeat of my party in the Assam Assembly Election 2021.”

“Madam, I am extremely saddened and disheartened to inform you that despite my immense hard work we were unable to combat the divisive and communal politics played by the BJP and RSS. Despite all the odds, I did the best in my capacity to revive the party during the last four years as President of Assam PCC,” the letter stated.

The Congress leader further clarified that he has only resigned from the APCC President post and not from the party.

“However, I pledge to continue my fight as a dedicated congressman to uphold the ideology and values of Indian National Congress. Madam, I shall be ever grateful to you for assigning me with such a great responsibility of President, Assam PCC to serve my party,” he added. 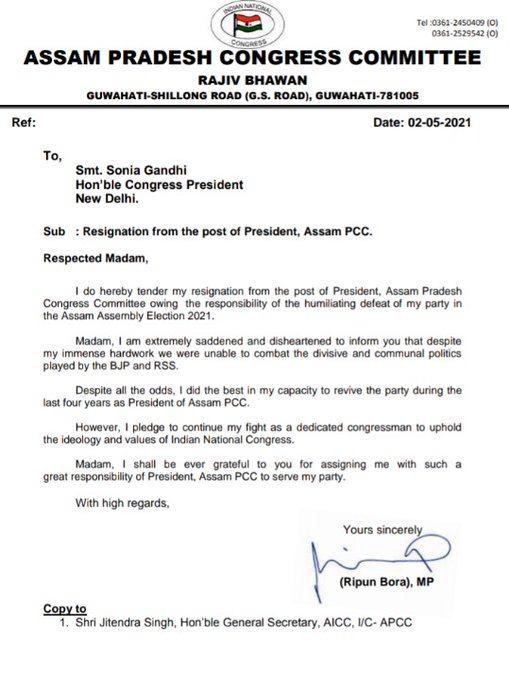