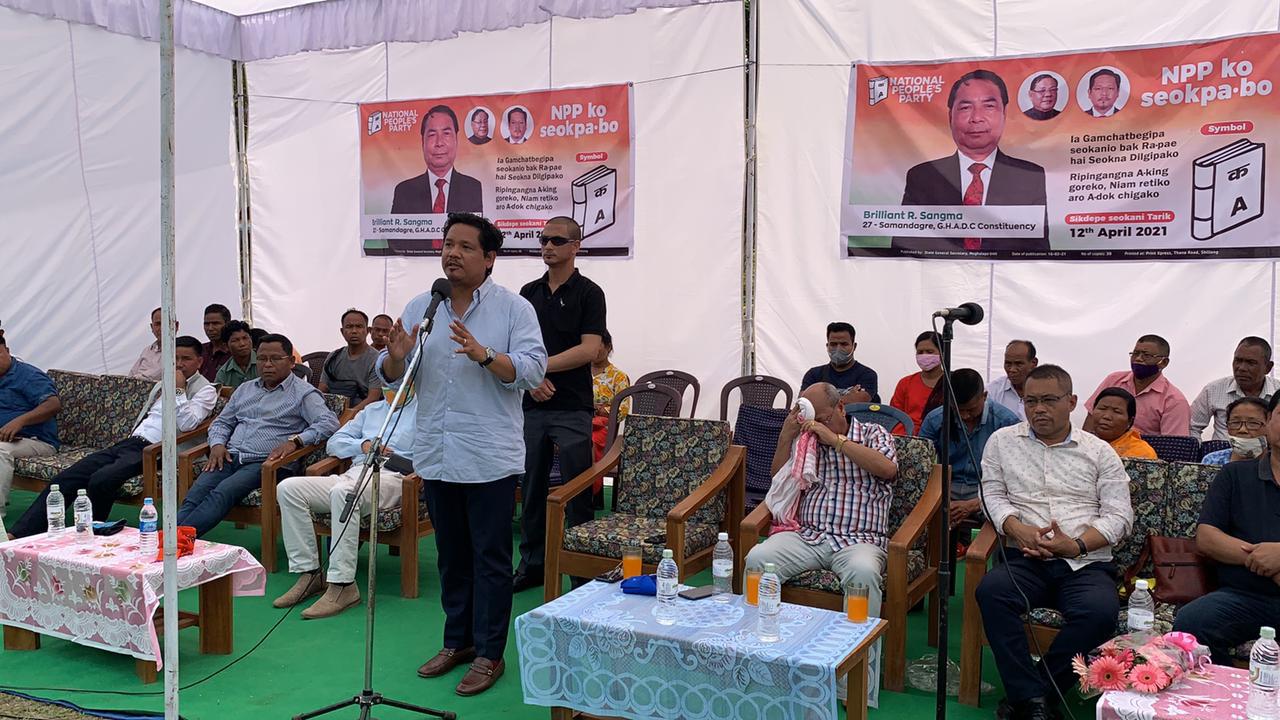 Sangma exuding confidence said that the NPP has been widely accepted by the people and the party is all set to win the election with thumping majority.

Deputy CM Prestone Tynsong said that NPP has become the most promising party in Northeast. He said that a party from Meghalaya is now being accepted in different parts of the country.

The Dy CM urged the public to vote for NPP and ensure that the party works for the people of Garo Hills, Meghalaya and rest of the country.

According to party sources, the BJP has set its sights on increasing its tally from the lone seat that it won the previous term.  Campaigning for the Shyamnagar seat, the largest in terms of population has been on a very active note for Congress candidate, Habibuz Zaman, who is going door to door to garner support for his campaign.