With polling underway for the third phase of Assembly elections in Assam, a reasonable turnout of disabled voters were witnessed across all constituencies on Tuesday.

The Election Commission has put in special measures for People with Disabilities (PwD), including provision of wheelchairs at every polling station and e-rickshaws to facilitate their easy movement and communication. Most PwD voters were provided with assistance to facilitate casting of their votes.

On the day of polls, Deputy Commissioner of Goalpara was seen helping a PwD voter in a wheelchair at a polling station in Goalpara.

Determined PwD voters who came forward to exercise their franchise were also seen at various polling stations in Kamrup and South Salmara.

92-year-old Shri Rabha of Dudhnoi in Goalpara district has seen the evolution and survival of democracy since India attained independence in 1947. From the first election of the country in 1952 to the ensuing Assam assembly elections 2021, Rabha has exercised his franchise in every election.

On Tuesday, the nonagenarian cast his vote at a polling station at Kothakuthi Lower Primary School in the Dudhnoi constituency. 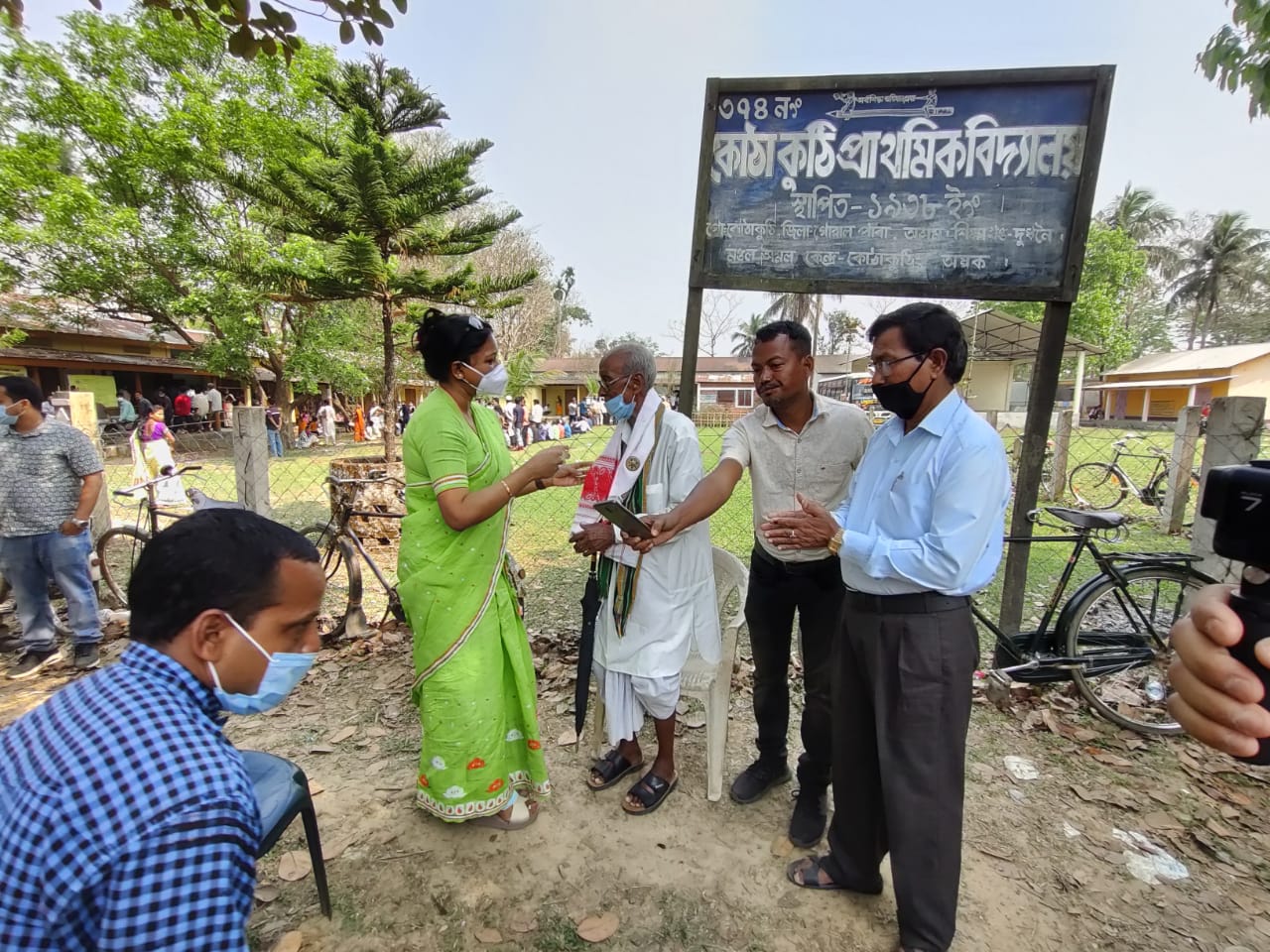 An elderly voter inaugurated a polling station in Bongaigaon while the administration felicitated the first voter from the booth. 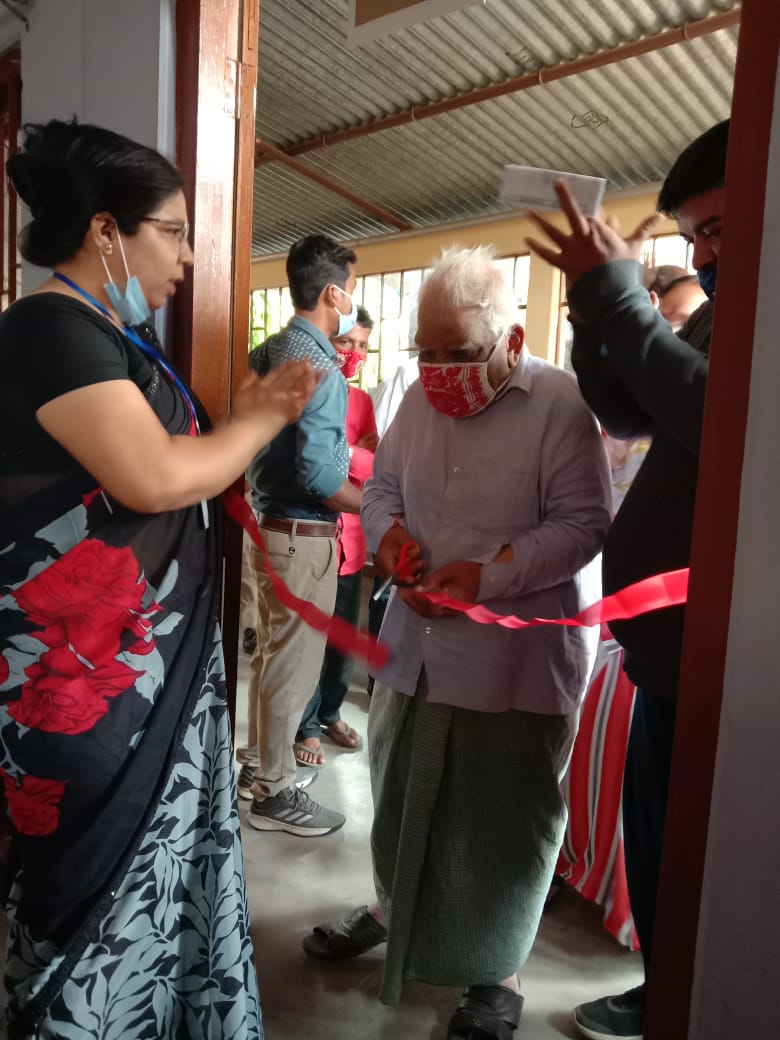 First time voters were felicitated to encourage their participation in the festival of democracy. The poll officials greeted the new generation voters with saplings. 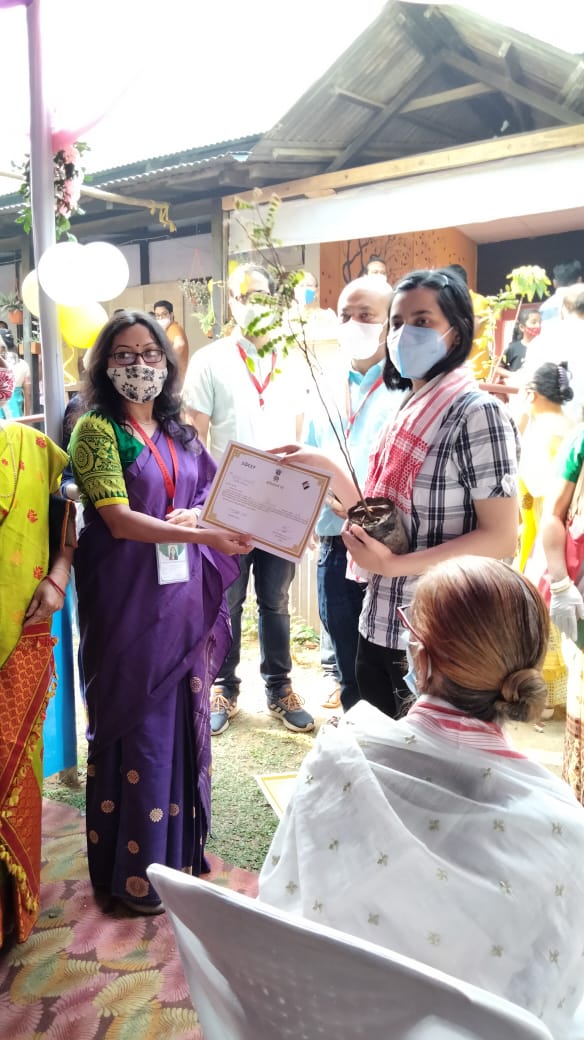 Assam witnessed a huge turnout in the initial hours of the final phase. Long queues were seen outside polling booths with voters and election officials adhering to COVID-19 protocols.

Until 11:30 PM, polling has been recorded at 33.18 percent, as per data provided by the Election Commission.

Voting for the 40 seats began at 7 AM and will conclude at 6 PM.

Meghalaya sets target to vaccinate 6.5 lakh beneficiaries in next 7 days

Meghalaya sets target to vaccinate 6.5 lakh beneficiaries in next 7...