As the campaigning for the second phase of Assam Assembly elections ends tomorrow, political parties in the state are making all out efforts to attract the voters.

With the festival of colours coinciding with the state assembly polls, leaders from all political parties were seen celebrating Holi with the general public amid election campaigning. The festival is being celebrated across Assam with full fervour and gaiety. 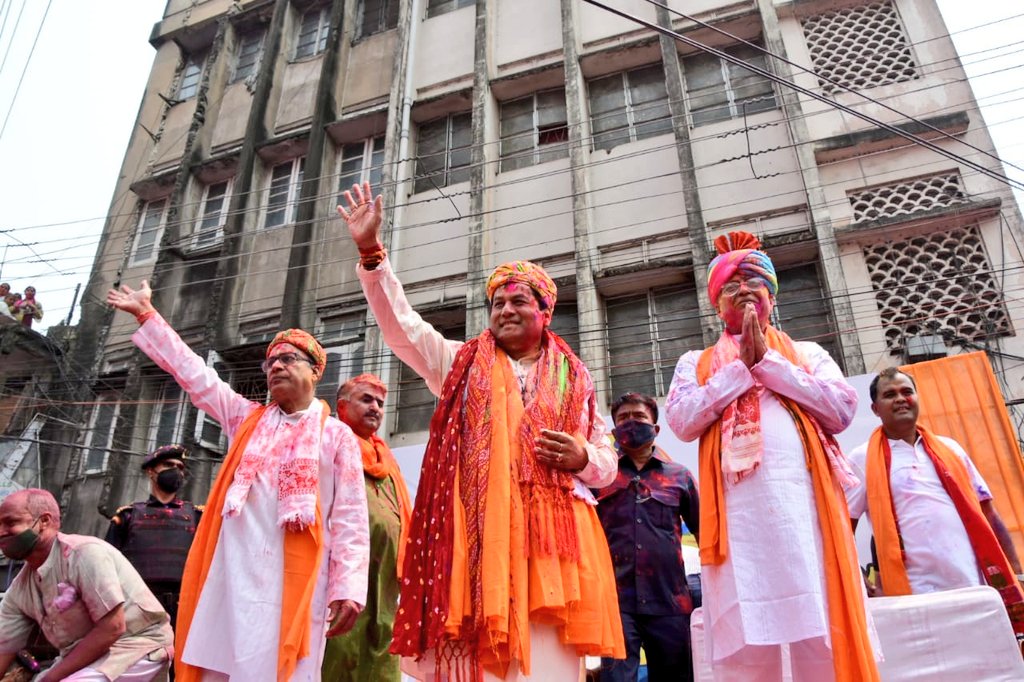 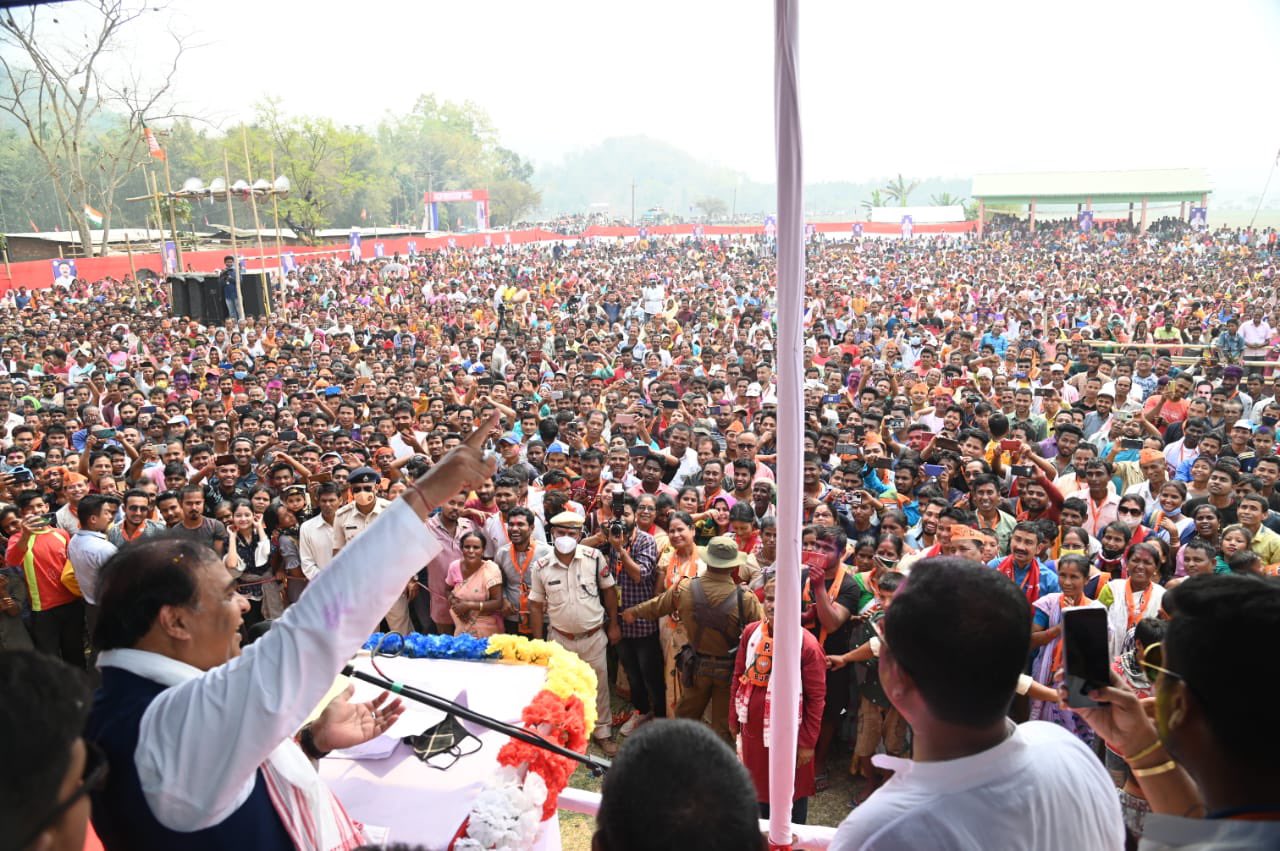 Earlier, Sarma extended his greetings to the people of Assam on the occasion of Holi and wished that the colours of joy, love & togetherness be with the people forever.

“I join my family in extending you all our finest wishes for Holi. May the colours of joy, love & togetherness be with you forever. #HappyHoli,” Sarma tweeted.

I join my family in extending you all our finest wishes for Holi. May the colours of joy, love & togetherness be with you forever.#HappyHoli 💝 pic.twitter.com/Thx4jUVAKb

On the other hand, state Congress president Ripun Bora is also trying to woo voters. He said that the youths of the state are giving good respond to the party’s job guarantee promise.

MP Gaurav Gogoi who has been campaigning in Silchar was seen celebrating Holi with Sushmita Dev.

“The festive atmosphere while celebrating Holi with our people and their optimism, warmth, and affection that we experienced in Silchar are unforgettable. This #Holi is truly extra special!,” Gogoi tweeted. 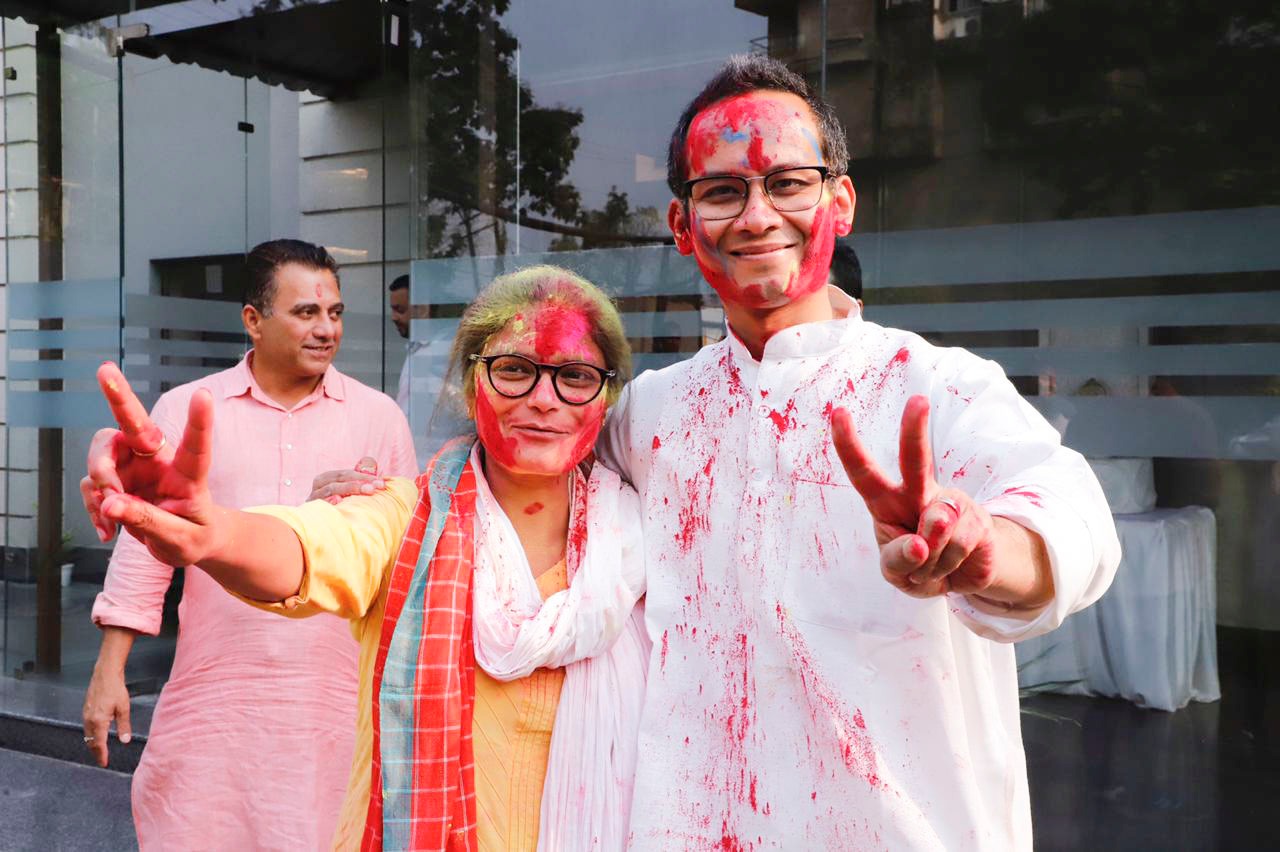 A total of 345 candidates are in the fray in this phase covering 39 seats, polling for which will be held on April 1.