Assam Chief Minister Sarbananda Sonowal on Friday attended multiple rallies across the state boosting the party’s campaign ahead of the ensuing elections.

Chief Minister Sonowal after addressing a rally in support of minister Pijush Hazarika in Morigaon, exuded confidence that the party will accomplish its Mission 100 plus. He said that people are with the BJP and will help the coalition to retain power. 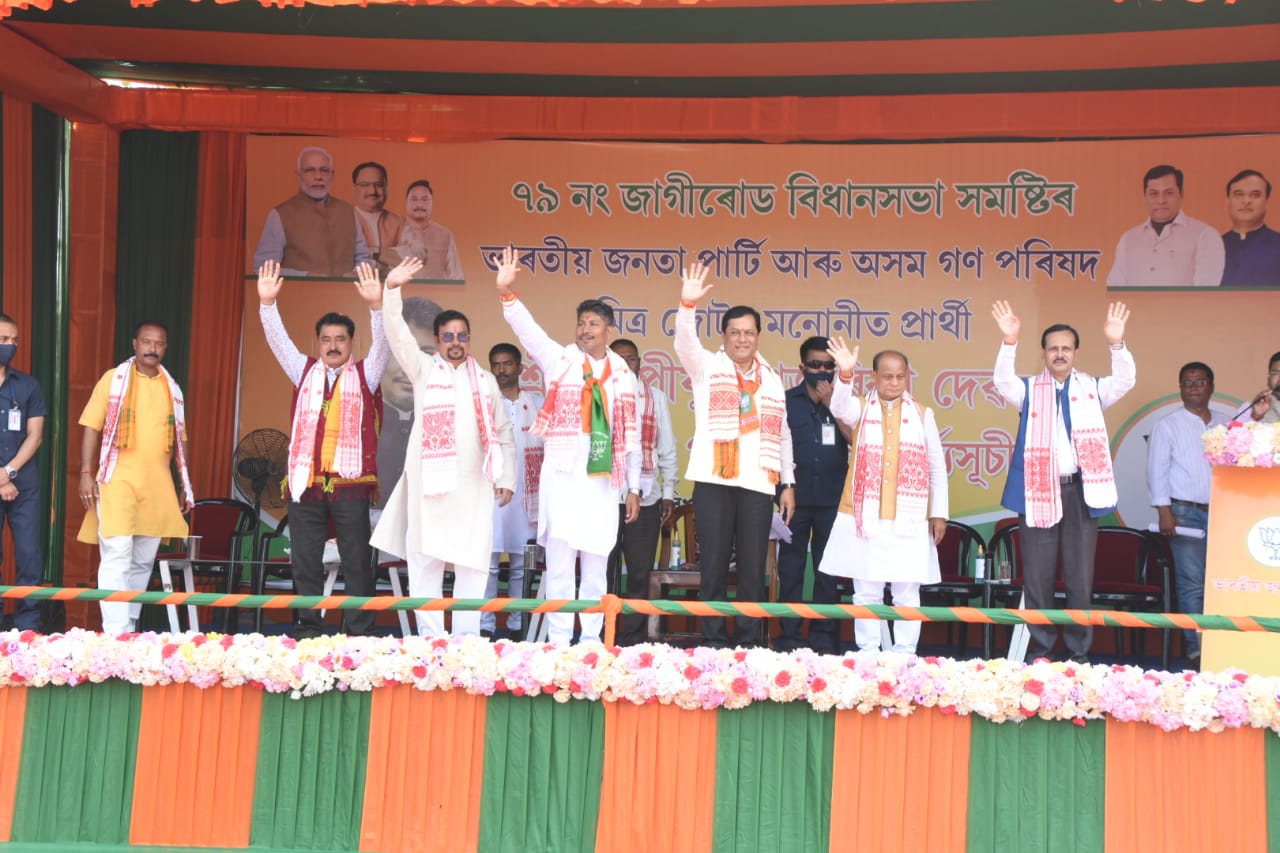 Hazarika filed his nomination from Jagiroad constituency in Morigaon district for the second phase of assembly polls.

Earlier, addressing a rally, Sonowal launched a scathing attack on the Congress blaming the party for unrest and loss of innocent lives. Deka filed his nomination with a huge rally taken out by thousand of party workers and well-wishers.

Speaking on the occasion, Sarma said, “You have got the opportunity to elect the BJP governments at Delhi, Dispur and Kokrajhar. The people are elated that a BJP government is coming.”