Candidates of the ruling Bharatiya Janata Party (BJP) and its ally Asom Gana Parishad  (AGP) on Monday filed their nominations for the first phase of Assam Assembly elections, to be held on March 27.

BJP candidate Ajanta Neog, who recently joined the party after quitting the Congress submitted her nomination paper for Golaghat constituency. 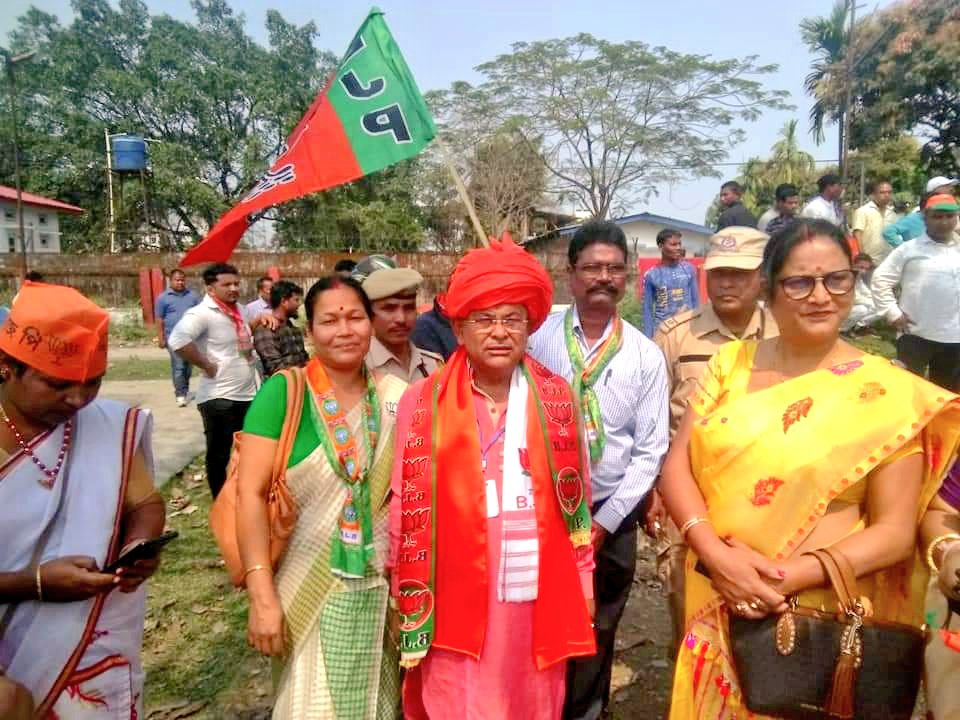 On the other hand, working president of the AGP, Keshab Mahanta who will be in the fray from Kaliabor constituency filed his nomination today.