Protesters agitating against the new farm laws entered the premises of Red Fort in the national capital and waved flags they were carrying from its ramparts.

A protestor also went up the mast on the ramparts of the historic 17th-century monument and raised a flag he was carrying at the place where the Tricolour is hoisted. 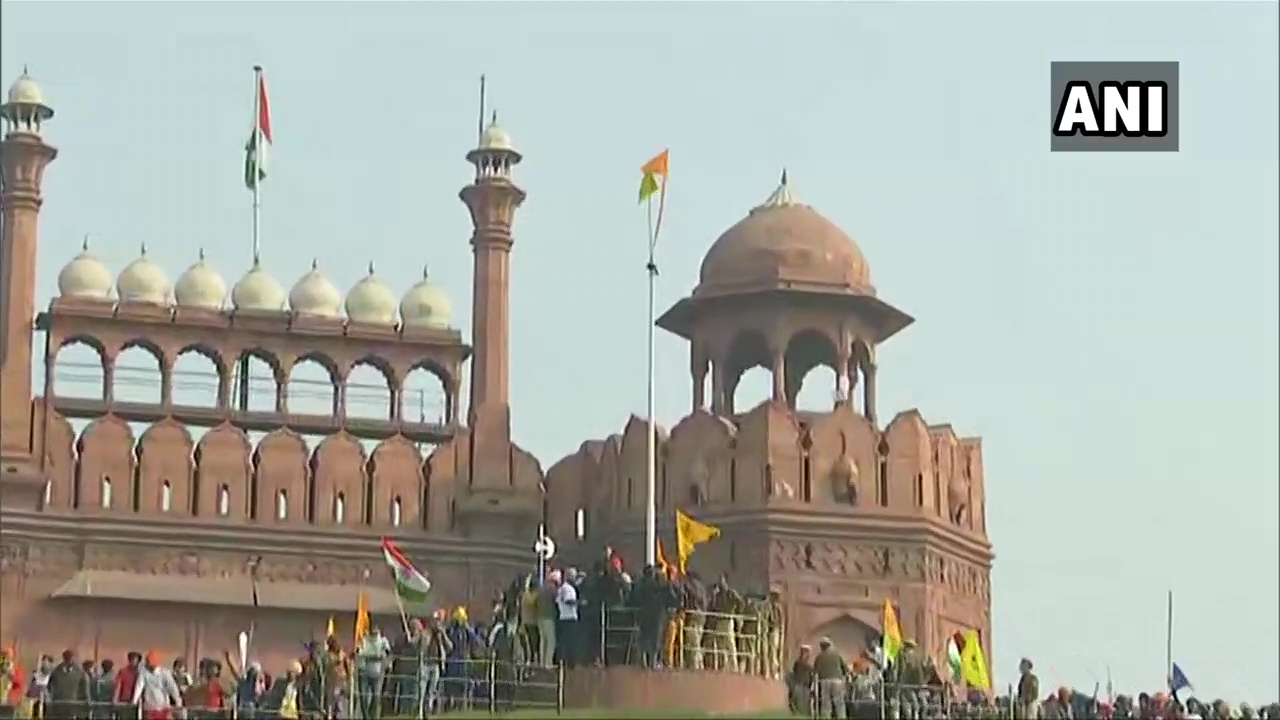 The protestors came to central Delhi deviating from the route which had been decided for the tractor march. Violence erupted near ITO area of the national capital as tractors driven by protestors tried to scare and even run over police personnel deployed in the area.

Several people including police personnel suffered injuries during the clash between protesting farmers and police.

Reports of farmers breaking barricades to enter Delhi and indulging in vandalism poured from several parts of the city. Delhi Police officials sat on the road in Nangloi to block the area where farmers holding tractor parade have reached. In view of protestors entering parts of Delhi, gates of several metro stations have been closed.

Entry/exit gates of all stations on the green line, Lal Quila, Indraprastha, Delhi Gate and ITO metro stations have also been closed.

Farmer leader and Spokesperson, Bharatiya Kisan Union (BKU) Rakesh Tikait said he had no information of violence by farmers.

“Rally is going on peacefully. I don’t have any informatioion of it (violence). We are at Ghazipur and are releasing the traffic here,” he said.

Farmers have been protesting on the different borders of the national capital since November 26 against the three newly enacted farm laws – Farmers’ Produce Trade and Commerce (Promotion and Facilitation) Act, 2020; the Farmers Empowerment and Protection) Agreement on Price Assurance and farm Services Act 2020 and the Essential Commodities (Amendment) Act, 2020. (ANI)