The stadium is being constructed at a cost of Rs 6.24 crore and is expected to be completed by the end of 2022. 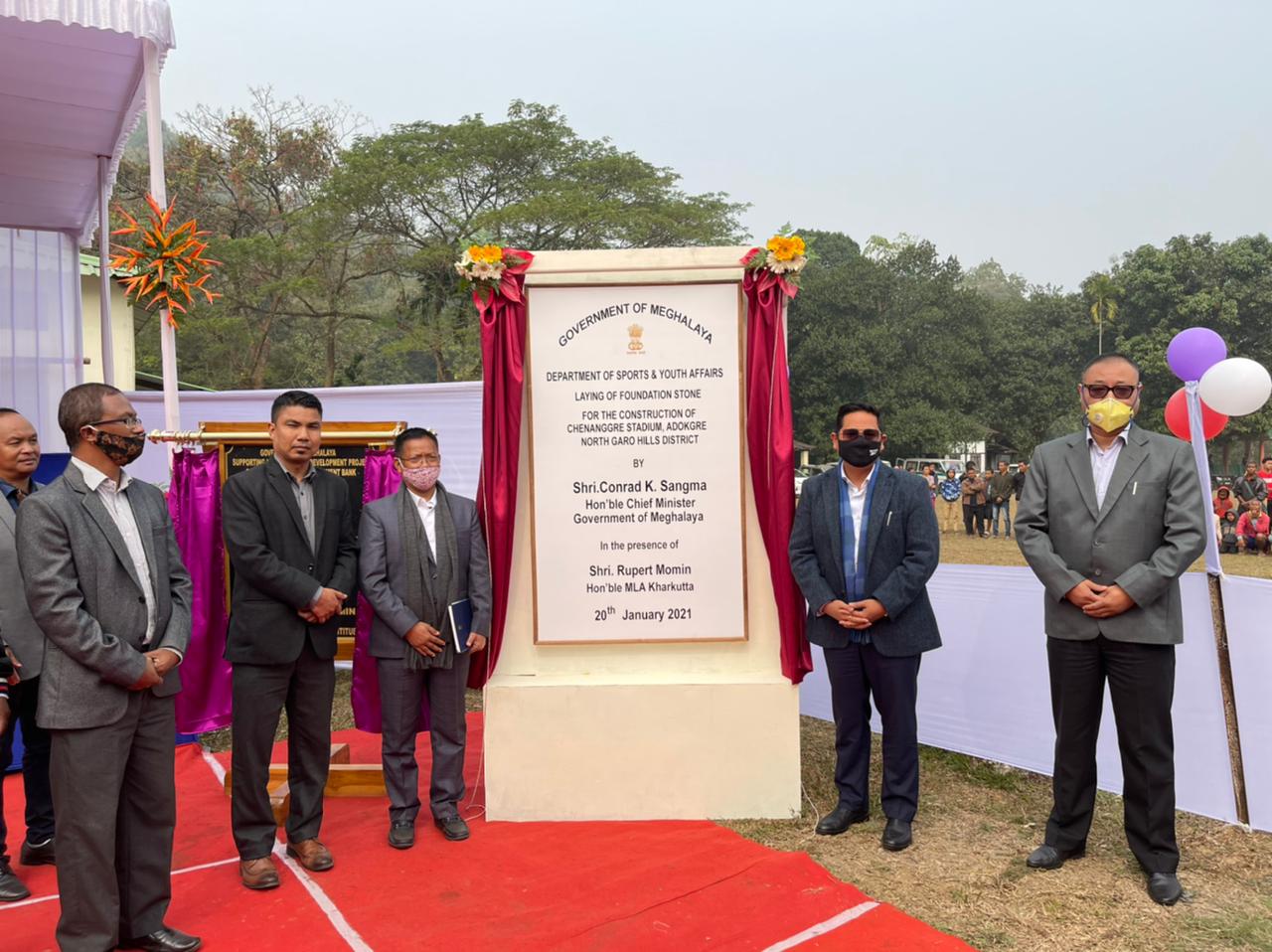 Speaking at the foundation laying ceremony, the Chief Minister said that the stadium will encourage sports talents of the Garo Hills. Chenanggre Stadium will be one of the biggest stadiums in the entire North Garo Hills and will give an opportunity for the youth to partake in sporting events.

He also said that it has been the endeavour of the MDA govt in the state to improve the sporting facilities and invest in the potential of the youth.

Addressing the gathering, Sangma mentioned that the place holds a special significance to him as Adokgre was very special to his late father PA Sangma and he always started his election campaign from this place.