In a bid to popularise science communication among the masses, Assam Chief Minister Sarbananda Sonowal on Monday laid the foundation stone for Science City at Tepesia in the outskirts of Guwahati.

The Science City would be built at a total expenditure of Rs. 184 crore covering an area of 250 bighas of land and roads, drainage system etc. The main building of the Science City will cost Rs. 110 crores and will be built jointly by the National Council of Science Museum under the Cultural Affairs department of the Central Government & Science and Technology Department of the state government.

The centre and state government will share the total cost of the construction in 90:10 ratio. 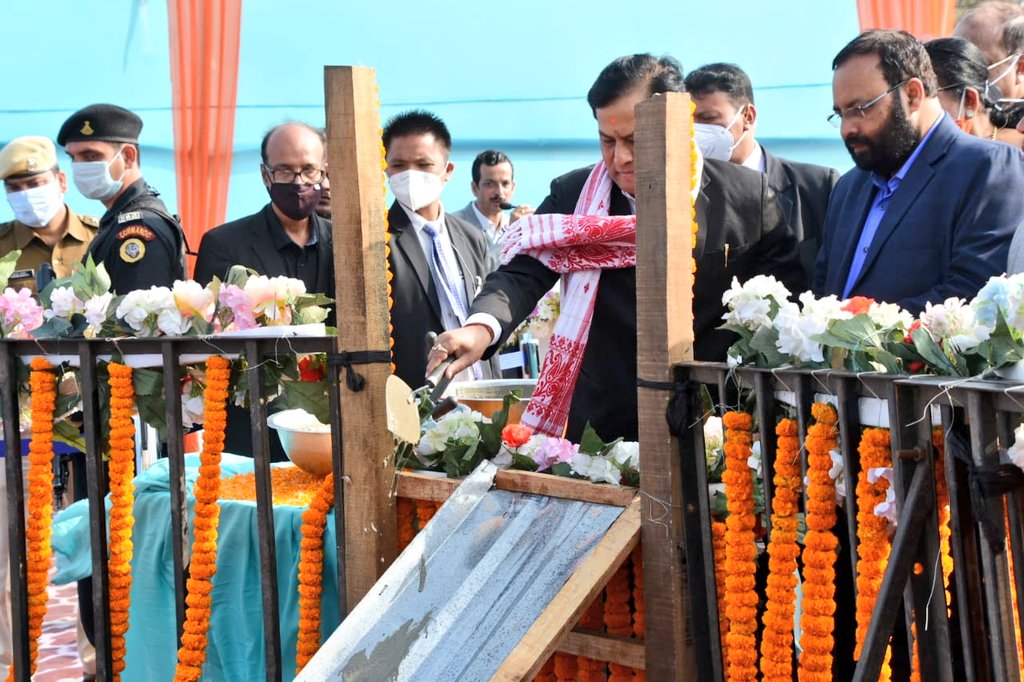 Speaking at the foundation laying programme, the Chief Minister said that 21st century is the age of science and technology and therefore, the young generation of the state must acquire knowledge in this field to become human resource of the highest quality.

The state government is endeavouring to make Guwahati the gateway to entire South-East Asia and that is why infrastructure is being developed in and around the city at a rapid pace, he added.

Asserting that the Science City would also enhance the importance of Guwahati, Sonowal said that people who had to travel places like Kolkata for visiting Science Cities would now be able to experience such a facility here itself which would inspire the younger generation to grow a scientific temperament.

The Chief Minister also called on the local people of Tepesia to extend their full support and cooperation in setting up the Science City. He remarked that the government can only build infrastructure but maintaining its longevity is the responsibility of the people.

Mahanta also informed that steps have been taken to set up district science centres in every district which would be of equal standards to Regional Science Centre in Guwahati. He also said that necessary lands have been made available for setting up an ISRO centre at Amingaon and the works of Bio-Tech Park covering an area of 64 bighas at Amingaon have already been completed.

Similarly, he said that efforts are being made to set up Assam Bio Research Centre near Madan Kamdev and the present state government has launched schemes like Mukhya Mantrir Bigyan Darshan Achoni, Manuhe Manuhor Babe etc. for popularising science at the grassroots.