ISRO shared the pictures of the Moon on the micro blogging site ‘Twitter’. 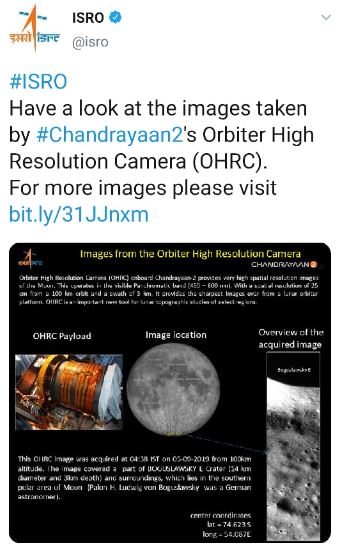 OHRC provides very high spatial resolution images of the Moon. It provides the sharpest images ever from a lunar orbiter platform.

OHRC is an important new tool for lunar topographic studies of the select region. These images were acquired on September 5 by the ISRO from a 100-km altitude. 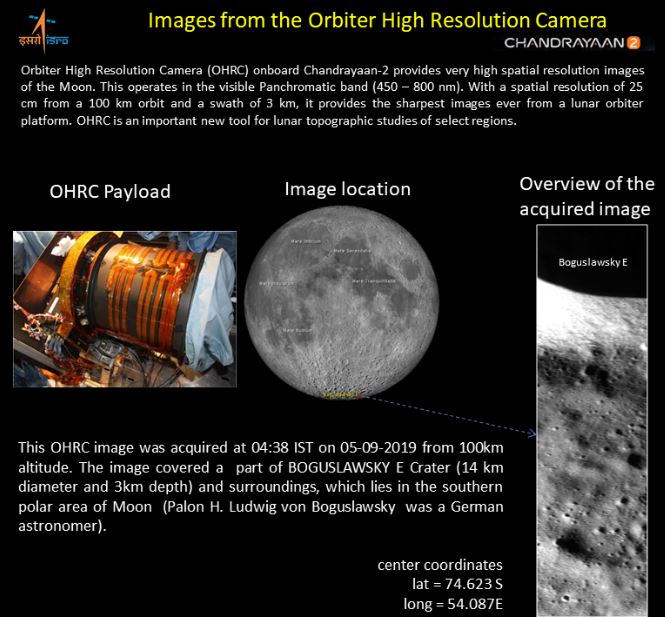 ISRO lost contact from its Lander Vikram which was supposed to soft-land on the far side of the moon on September 7. Minutes before its scheduled soft-landing, the communication with Vikram Lander was lost.

The Vikram Lander successfully separated from Chandrayaan-2 Orbiter on September 2. After revolving the Earth’s orbit for nearly 23 days, the craft began its journey to the moon on August 14.

The mission took off from the Satish Dhawan Space Centre in Sriharikota on July 22.